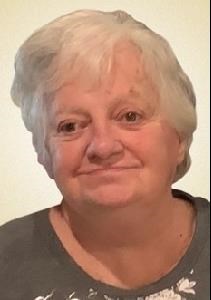 BORN
1936
DIED
2021
FUNERAL HOME
Harmon Funeral Home
571 Forest Ave
Staten Island, NY
Loving wife, mother, grandmother and great-grandmother, Barbara T. Cowhig passed on November 28th at home in her sleep due to complications of dementia. Barbara was a long time Staten Island resident with a large family. She had a career as an Insurance Adjuster in downtown Manhattan which she retired from in 2001. Barbara T. Flanagan was born on November 7, 1936 in the Riverdale section of the Bronx where she graduated from Walton High School. While working at Western Electric in downtown Manhattan, she was introduced to her future husband Thomas J. Cowhig by her co-worker Agnes Cowhig-Bergin, Tom's sister. Thomas and Barbara were married on May 23, 1959, in the Bronx, NY and soon settled in the Stapleton section of Staten Island. Tom and Barbara, eventually moved to Dongan Hills where they purchased a home and raised their six children. Barbara had a lot of interests including bowling leagues, ceramics, bicycle riding and gardening. She was an avid collector of bells from all over the world. Barbara is survived by her husband Tom J. Cowhig (married 62 years), her son John Cowhig and wife Guiselle, daughter Mary Jo Mazza and husband John, son Michael Cowhig (her care-taker), daughter Barbara Jean Cowhig, and daughter Jennifer Nilsen whose husband Troy tragically preceded Barbara in death on 9/11/2001. Barbara is survived by six grandchildren, Michael, John, Scott, Ryan, Crystal, and Matthew and two great-grandchildren Frankie and Tahkem. Her oldest son Tommy preceded Barbara in death on 6/14/2014. Her only sibling, sister Mary Jane Flanagan-Callahan preceded her in death in May, 1972. Visitation will be Thursday, Dec. 2, at Harmon Funeral Home, 571 Forest Avenue from 3-5 and 7-9 pm. Christian Mass will be Friday, Dec. 3, at St. Ann's R.C. Church, Dongan Hills at 10 am. Interment at St. Peter's Cemetery.
Published by Staten Island Advance from Nov. 29 to Nov. 30, 2021.
MEMORIAL EVENTS
Dec
2
Visitation
3:00p.m. - 5:00p.m.
Harmon Funeral Home
571 Forest Ave, Staten Island, NY
Dec
2
Visitation
7:00p.m. - 9:00p.m.
Harmon Funeral Home
571 Forest Ave, Staten Island, NY
Dec
3
Funeral Mass
10:00a.m.
St. Ann's R.C. Church
Dongan Hills, NY
Funeral services provided by:
Harmon Funeral Home
MAKE A DONATION
MEMORIES & CONDOLENCES
Sponsored by Harmon Funeral Home.
2 Entries
Our families have been joined for over 50 years. I have wonderful memories of our laughing and sharing memories of our children´s adventures. May you rest in peace and know your family is blessed for your presence in their lives.
Ruth Mingoia
December 2, 2021
Barbara you were my second mom growing up. You fed me, Let me live with you when I was going thru my own family turmoil. You were always there to hug or yell at me." Go home Joan" after 15 I returned. I will forever remember spaghetti sauce cooking every Sunday and your bell collection. Even though you had 6 of your own children you took me in like one of your own. I love you and I will miss you. I´m so happy the last time you saw me you remembered me and smiled. I can also never forget your love of lemons. I have my own now. And Barbara Streisand playing on the record player. Rest with the angels mom. You will always be in my heart. Love your "adopted " daughter Joan
Joan M
November 29, 2021
Showing 1 - 2 of 2 results