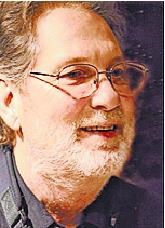 ABOUT
Ralph R. McKee High School
FUNERAL HOME
Matthew Funeral Home & Cremation Services Inc
2508 Victory Blvd
Staten Island, NY
Bob Kaiser
Staten Island's Ambassador of Jazz
Robert Kaiser was born in Port Richmond, attended P.S. 20, and graduated from McKee High School.
He then worked for Western Union. It was during this time that he first learned to play the clarinet. He was introduced to jazz by two of New York's finest jazz musicians: Don Joseph and Caesar DiMauro. Upon being drafted into the U.S. Army he was assigned to the 328th U.S. Army band in Texas. There he met some of the musicians who would become his closest and most inspirational musical friends.
In 1971 Bob moved to California where he attended Santa Monica College, where he received an Associates Degree in music. He also studied with many fine studio musicians while there.
Bob returned to NY in 1977 and joined Odyssey, one of the top night club bands of that era. In 1986 he became a NYC Bus Operator. He retired after 22 years with the M.T.A.
Shortly after retiring, Bob followed his son Kris Kaiser's advice and returned to the musical spotlight. They have often performed at many New York City venues such as Adobe Blues, the Bayou, and Killmeyer's, to name a few. In 2013 Bob was presented with the "Blues Hall of Fame" award, which was something he was greatly proud of and thankful for.
Bob enjoyed every moment of his musical journey. He continued to play and teach with the same energy and enthusiasm as when he was a young man. Whatever journey Bob was on he always wanted to take his family and friends along.
Surviving are his wife of 40 years, Mary, his son, Kris, a grandson, Keith, and his brother-in-law, Bill Higgins.
In lieu of flowers, donations in Robert's name to St. Jude Children's Research Hospital would be appreciated.
Visitation is at the Matthew Funeral Home and Cremation Services, Inc., 2508 Victory Boulevard, on Friday and Saturday from 5 to 8 p.m.

Matthew Funeral Home, Inc.
2508 Victory Blvd.
at Willowbrook Road
Staten Island, N.Y. 10314
(718) 761-5544
Published by Staten Island Advance on Nov. 7, 2019.
MEMORIAL EVENTS
Nov
8
Visitation
5:00p.m. - 8:00p.m.
Matthew Funeral Home & Cremation Services Inc
2508 Victory Blvd, Staten Island, NY
Nov
9
Visitation
5:00p.m. - 8:00p.m.
Matthew Funeral Home & Cremation Services Inc
2508 Victory Blvd, Staten Island, NY
Funeral services provided by:
Matthew Funeral Home & Cremation Services Inc
MAKE A DONATION
Please consider a donation as requested by the family.
MEMORIES & CONDOLENCES
Sponsored by Matthew Funeral Home & Cremation Services Inc.
11 Entries
Bob was playing at Karl's Clipper, and my sweetheart from Georgia (now my wife) was visiting. I had spoken to Bob about her when riding his bus, and he got to meet her at the gig. He was nice enough to play "Georgia On My Mind" especially for her that night, and she's never forgotten it. So Heaven has a new band member. Rest In Peace Bob. You were a good man.
David Lund
January 22, 2020
I am so sorry for your loss. I had the fortune of meeting Bob at our Holiday Concert at Cathedral where he performed. May his memories be your strength. ~Reverend Michele, Cathedral Parkway Towers
Michele Sweeting-DeCaro
Neighbor
December 13, 2019
I AM VERY SORRY TO HEAR ABOUT THE LOSS OF MR. BOB KAISER FROM THIS MORTAL WORLD. I CAN REMEMBER A NUMBER OF TIMES, IN BOARDING AN M.T.A. BUS, HEARING A SMALL RADIO, PLAYING THE CRISP, VIBRANT, ALERT SOUNDS OF JAZZ IN MR. KAISER'S DRIVER AREA. AFTER A LONG DAY (OR NIGHT), IN COMING HOME FROM MANHATTAN, TO HAVE MR. KAISER DRIVING THE "JAZZ BUS" WAS SWEET MUSIC TO MY EARS, AND A WELCOME PLEASURE FROM THE DIN OF EVERYDAY NEW YORK CITY LIFE. REST IN THE HEAVENS, MR. KAISER, AND I AM SORRY FOR YOUR THE KAISER FAMILY'S LOSS. THANK YOU..
DAVID LEVINE
November 15, 2019
Dear Mary and Kris sorry for your loss of such a sweet, warm hearted man. He had a talent, aside from his musical attributes, for putting people at ease and including them in his world. Truly a special person that I was lucky enough to have crossed paths with in this life. RIP Bob.
Joyce and John Swanson
Friend
November 10, 2019
Mary and Chris; so sorry for your loss, love and prayers for you. Bob was a wonderful guy.
Tafara Zvenyika
November 10, 2019
I first met Bob in Hunter Mt at the Last Resort. I, too, was from SI but had moved upstate and myself and Odyssey bonded over our mutual SI. That was one of the best times ever and Bob and Odyssey were there. I later moved back to SI and would occasionally see the band at different functions. My sincere condolences Mary, don't know if u remember me..I also was a nurse at siuh. May he RIP. Both he and Jimmy OD are probably jamming already. So sorry for your loss, he was a great man.
Roe
November 8, 2019
We came to know Bob & Mary through Jack & Fran...a privilege! So very sorry for your loss, Mary. We always enjoyed being with Bob & loved his love for music! Two good friends are rejoicing in each other's arms
Susan & Roland Fritz
November 8, 2019
Rip Bob
May you rest peacefully in the arms of Jesus.
My condolences to Mary and her family. He will be with you & watch over you always.

Marie Mitchell ,Dawn Espada & Family
Marie Mitchell
November 7, 2019
Bob was my bus driver on the S42, and I saw him perform at Adobe Blues. Very enthusiastic about music, his family and his fun trips to New Orleans. Always just a joy to talk to Bob!
Emily Moog
November 7, 2019
Mary and Chris,

My heart is empty today. Jen called me and told me of Bob's passing and I sat at my desk in school and cried a bit. Then I thought about all the wonderful fun nights we shared at Buona Pasta, Gusto, Alor, Killmeyers, Adobe Blues, 1st & 3rd, fairs and festivals, and felt a warmth that was brought on every time I saw Bob's face or heard his voice. He was ALWAYS a gentleman, he was always honest, always kind and giving. In a word he was the NICEST man I have ever met.

Music was the force that allowed me to meet this legendary maestro and friendship the bond that kept us seeing him time after time.

Prayers and love to you and may his music play on forever.

Joe & Jen
joseph gulino
November 7, 2019
My sincerest condolences. Bob was a great and decent guy, and I was glad to have known him. I always admired his musical talent, and enjoyed the several times I got to perform with him over the years at Hungerford School.
Robert Golterman
November 7, 2019
Showing 1 - 11 of 11 results