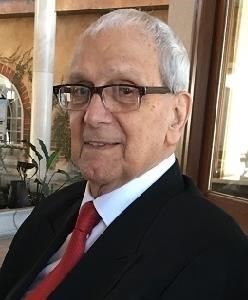 FUNERAL HOME
John Vincent Scalia Home for Funerals, Inc.
28 Eltingville Boulevard
Staten Island, NY
Charlie 'Carmelo' Martino A great man who would help anyone who asked for it Charlie "Carmelo" Martino was born on January 15, 1936, in Brooklyn NY, to Josephine and Gaetano Martino, becoming their 8th child. He was the younger brother of Rosalie, Dominick ("Mimi"), Jackie, Thomas, Peter, Joseph, and Nicholas. 15 months after Charlie was born his younger brother John was born. Charlie's childhood was filled with wonderful family meals, stickball games with his brothers, and time living in Italy with his father's relatives. As a young boy, each morning, his mother sent him to the bakery to buy 6 loaves of Italian bread for breakfast, and then each evening, he returned to the bakery for another 6 loaves to eat with their pasta. At the age of 14, Charlie began working at a gas station, and discovered his love of, and talent for, automobile mechanics. He continued his career as mechanic for almost 50 years after that first day pumping gas. When he was 16, Charlie met 14 year old Elaine Blackman. They quickly became a couple, and spent most of their dating years visiting Charlie's older brothers, who were married. On October 5, 1956, at the age of 20, Charlie married Elaine. They lived in a small apartment in Brooklyn. Charlie continued to work as an auto mechanic. Soon their family grew to include their daughters Donna and Denise, and their son Charles. Eventually, Charlie moved his family to Albertson, Long Island. He sold his gas stations and repair shop, and began working as Deputy Director for the NYC Department of Transportation. In the mid 1970's, Charlie left the NYC DOT, as was appointed to the NYC Board of Education as Fleet Administrator, where he was responsible for overseeing the maintenance and repair of every vehicle owned by the Board of Education. His children grew up, and eventually each married, and gave Charlie 8 grandchildren, and 4 great grandchildren. Donna married Wayne Green, and gave Charlie 2 grandsons- Wayne Jr and Christopher. Denise married Steve Ruscio, and they added 3 granddaughters to Charlie's growing family- Danielle, Nicole, and Stephanie. Charlie's son Charles married Cathy Rochford, who then gave Charlie 3 more grandsons- CJ, Thomas, and Matthew. The only thing that made Charlie happier than his 8 grandchildren were his 4 great-grandchildren- Ellianna, "Little Chris," Carmelo, and Ava. Charlie was often described as "a great man" because of his ability to help anyone who asked for it. He solved everyone's problems, whether it was a car problem, or a problem within a family. He passed away on July 10, 2021, after many years of illness. His wife, children, grandchildren, great grandchildren, and more than 50 nieces and nephews are all better people to have been a part of Charlie's 85 years on earth. A Mass of Christian Burial will be at 10:15 AM on Thursday at St Charles Church located at 200 Penn Ave Staten Island, New York 10306. Interment will be in Moravian Cemetery. The family will receive friends from 6:00 PM to 9:00 PM on Wednesday, July 14, 2021, at John Vincent Scalia Home for Funerals, Inc., 28 Eltingville Blvd, Staten Island, New York. Online condolences may be made to the family at www.scaliahome.com In lieu of flowers, donations in Charlie's memory may be made to the Tunnels to Towers Foundation or The St. Francis Breadline. John Vincent Scalia Home for Funerals Inc. 28 Eltingville Blvd. Staten Island, NJ 10312 (718) 356-6363
To plant trees in memory, please visit our Sympathy Store.
Published by Staten Island Advance from Jul. 12 to Jul. 13, 2021.
MEMORIAL EVENTS
Jul
14
Visitation
6:00p.m. - 9:00p.m.
John Vincent Scalia Home for Funerals, Inc.
28 Eltingville Boulevard (at Eltingville Station), Staten Island, NY
Jul
15
Mass of Christian Burial
10:15a.m.
St Charles Church
200 Penn Ave, Staten Island, NY
Funeral services provided by:
John Vincent Scalia Home for Funerals, Inc.
MAKE A DONATION
MEMORIES & CONDOLENCES
Sponsored by John Vincent Scalia Home for Funerals, Inc..
1 Entry
I just want to extend my sympathy to Elaine and her family ... Charlie was a very nice man ... I met him several times when Elaine and I worked together ... all my sincere respects and sympathy during this time ... Charlie should rest in peace after a life well-lived. Kevin
Kevin Lobat
Other
July 14, 2021
Showing 1 - 1 of 1 results