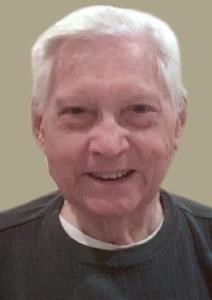 BORN
1922
DIED
2021
WWII veteran, loving father, grandfather & great-grandfather, Eugene DeRosa, 98, of Tampa, FL and formerly of Staten Island, passed away on August 22, 2021. He was born on November 30, 1922 in the Bronx to Donato and May DeRosa. He moved to Staten Island as a young child, where he lived for over 70 years before moving to Florida in 2000. He enlisted in the U.S. Army and proudly served his country in World War II while stationed in Hawaii. Eugene worked hard his entire life. He was a machinist by trade at Miller Field on Staten Island and Camp Kilmer in NJ. He was a waiter and maitre d' at the Boulevard Hotel in Grant City on the weekends. After his retirement he worked at Wagner College in maintenance. Eugene was an avid coin collector who loved the music of the Big Band era. He was a NY Yankees fan. When he was a child, he saw Babe Ruth play at Yankee Stadium. Eugene loved spending time with his family and friends. He always had a smile and a kind word for all. He loved to Facetime with his family, especially his great granddaughter, Valerie. Eugene was the beloved husband of 64 years to Victoria (Galla) DeRosa until her passing in 2014. He is survived by his loving daughters, Cynthia Palinkas and husband Robert, and Jean DeRenzo and husband Ron, his devoted grandchildren, Lorianne Palinkas, Carolyn Vento and husband Patrick, Nicholas DeRenzo, and Victoria DeRenzo, and cherished great granddaughter, Valerie Vento. There was a Roman Catholic graveside service and burial at Moravian Cemetery.
Published by Staten Island Advance from Oct. 12 to Oct. 13, 2021.
MEMORIAL EVENTS
To offer your sympathy during this difficult time, you can now have memorial trees planted in a National Forest in memory of your loved one.
MAKE A DONATION
MEMORIES & CONDOLENCES
1 Entry
My thoughts and prayers with the family!!
Mario Vasconi
Friend
October 17, 2021
Showing 1 - 1 of 1 results