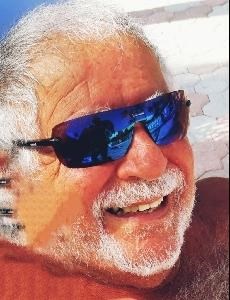 George J. Mashamesh, a former longtime resident of the Charleston section of Staten lsland, died earlier this week at Bon Secours Hospital, Port Jervis, New York, after a short illness. He would have turned 84 on December 7. Born in 1937 in New York City to Lebanese immigrants, George was the youngest of five children and was raised by his teenage brothers and sister when both their parents died from illness in rapid succession. Still a child, his family moved from downtown Brooklyn to Bay Ridge where he spent most of his youth. Following graduation from Bay Ridge High School, and a stint in the Army Reserve, George began his lifelong career in commodities where he served as an options specialist in such companies as I.E Dupont, at that time the second largest trading house in the United States. Closer to retirement, George left commodities to serve as a member of the security team at the former St. Vincent's Medical Center, West Brighton. George moved from Bay Ridge to Grasmere in 1972 and later lived in the Charleston section on Staten lsland's West Shore for almost twenty years from 1984 to 2002. He has been a resident of Dingmans Ferry, Pennsylvania since 2002 and more recently Hemlock Farms, a gated community in Lord's Valley, PA. George is survived by a nephew, Kim Mashamesh of upstate New York, and two nieces, Karen Morris of Savannah, Georgia, and Carol Mashamesh of Manhattan.
Published by Staten Island Advance from Nov. 17 to Nov. 18, 2021.
MEMORIAL EVENTS
To offer your sympathy during this difficult time, you can now have memorial trees planted in a National Forest in memory of your loved one.
MAKE A DONATION
MEMORIES & CONDOLENCES
0 Entries
Be the first to post a memory or condolences.