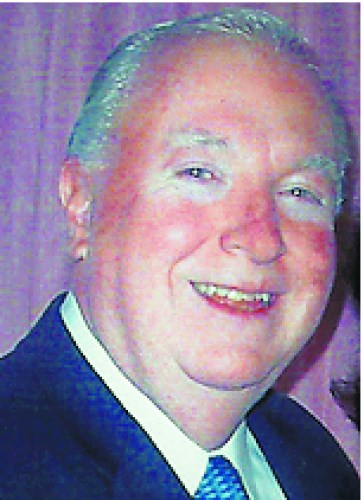 BORN
1935
DIED
2021
FUNERAL HOME
Casey Funeral Home
350 Slosson Ave
Staten Island, NY 10314
James M. O'Donnell, 85
Attorney and Army veteran
James M. O'Donnell, 85, devoted husband, father, and grandfather, passed away peacefully on March 31, 2021.
James was born in Brooklyn, NY, in October 1935 to Edward and Margaret O'Donnell, and was an avid fan of the Brooklyn Dodgers. He attended Bishop Loughlin High School. He received his Bachelor of Arts from City College of New York in 1957 and his Bachelor of Laws from Brooklyn Law School in 1960.
He was admitted to the New York State Bar; United States Circuit Court of Appeals, Second Circuit; United States District Court, Southern District; and United States District Court, Eastern District.
He proudly served in the United States Army at Fort Gordon in Georgia from 1961 to 1963 and regaled his family and friends with his stories of his service.
James met the love of his life and best friend, Mary O'Loughlin, at a Knights of Columbus dance. They married in 1968 and moved to Staten Island in 1972. A devout Roman Catholic, James was a long-time parishioner of Holy Family Roman Catholic Church in Westerleigh. James coached CYO basketball and umpired baseball for the Blessed Sacrament Titan League. James and Mary enjoyed ballroom dancing and were members of the Staten Island Ballroom Dancers. They delighted in the friendships they made there and had fun dancing with their friends on numerous cruises.
James was a partner at O'Donnell & McLaughlin and practiced law until his death. His daughter, Rosemary, joined his firm in 1998. He loved being a trial attorney and was described as a "true gentleman" by his colleagues.
In addition to his beloved wife, Mary and his daughter, Rosemary, he is survived by his son, Edward, daughter-in-law, Michelle, and granddaughter, Erin; and son, James, daughter-in-law, Marirose, and grandsons, Patrick and James.
Family and friends will be received at Casey Funeral Home, 350 Slosson Avenue, Staten Island, NY on Monday, April 5th, from 3:00 to 7:00 PM. Mass of Christian Burial will be on Tuesday, April 6th, at Holy Family Roman Catholic Church, 366 Watchogue Road, Staten Island, NY at 10:30 AM.
In lieu of flowers, a donation in his memory may be made to St. Jude Children's Research Hospital, 501 St. Jude Place, Memphis, TN 38105.

Casey Funeral Home
350 Slosson Ave.
Staten Island, N.Y. 10314
(718) 447-4242
To plant trees in memory, please visit our Sympathy Store.
Published by Staten Island Advance on Apr. 3, 2021.
MEMORIAL EVENTS
Apr
5
Visitation
3:00p.m.
Casey Funeral Home
350 Slosson Ave, Staten Island, NY 10314
Apr
6
Mass of Christian Burial
10:30a.m.
Holy Family Roman Catholic Church
366 Watchogue Road, Staten Island, New York
Funeral services provided by:
Casey Funeral Home
MAKE A DONATION
Please consider a donation as requested by the family.
MEMORIES & CONDOLENCES
Sponsored by Casey Funeral Home.
5 Entries
May God bless you and your family in this time of sorrow. So sorry to hear the sad news. My sincere condolences from your cousin in Glasgow.
Patricia O’Donnell ( from Glasgow )
Family
April 7, 2021
So very sorry to hear this. Heard while on mass from Annagry Church, Donegal this morning and we are all deeply saddened. Sincere condolences to all his family and may Jim rest in Eternal peace. From The McGrath family Glasgow and Annagry, Co Donegal. (Relatives of Jim)
Mary McGrath
Family
April 7, 2021
I have great memories of Jim and Mary when we went to socials at Hillside swim club. I believe my daughter Laura was in the same class at Blessed Sacrament with Rosemary. My son David Psaroudis was friends with James as they were in the same class together and also were in various plays. Beautiful family. Jim will be missed.
Patricia Petraglia
Friend
April 4, 2021
Sending our sincere sympathy. Peace....
Normajean & Vinnie Cesario
April 3, 2021
Ro, I'm so saddened to read of your fathers death. He was a "true gentleman" just as the obit says. Now you will carry on his legacy.
helene hoffman
Coworker
April 3, 2021