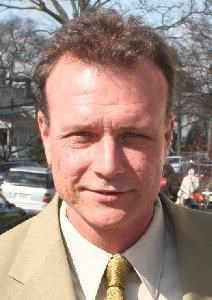 Jerry Lucid Beloved brother & uncle, home builder and stock broker, 52 Jerry Lucid, age 52 of Huguenot and Port St Lucie, Fl passed on July 14, 2021, after a short battle with cancer. Born on Staten Island, Jerry graduated from Tottenville High School, where he ran track. During school and after he participated in the building boom of the mid-1980's framing 100s of houses all over Staten Island. Eventually finance and the lure of Wall Street caused him to pursue his Series 7 license and a decades long career as a stock broker. He loved to talk the market and the benefit of one stock over the other and various option strategies. He was a lifetime Mets, Rangers and football fan, living or dying by the Giants' Sunday results. An avid reader and often self-taught, Aristotle, Plato, Jefferson and any number of political books could be found at any of his homes. He loved music, especially guitarist Alvin Lee. He began living part time in Florida some ten years and moved there full time around 2015. He was predeceased by his mother Eleanor Lucid and his father John Lucid. He is survived by his brother Jack, nephews Sam and Conor and Erin his niece. The family would like to extend its gratitude to Jerry's lifelong friend Pat Murphy and his wife Tiffany for the support and kindness they offered Jerry, especially in the last six months. Arrangements for a mass will be announced at a later date.
To plant trees in memory, please visit our Sympathy Store.
Published by Staten Island Advance from Jul. 16 to Jul. 17, 2021.
MEMORIAL EVENTS
No memorial events are currently scheduled.
To offer your sympathy during this difficult time, you can now have memorial trees planted in a National Forest in memory of your loved one.
MAKE A DONATION
MEMORIES & CONDOLENCES
5 Entries
Our sincerest condolences to the family & friends. From the Jefferies team. Cathy, Josette, Max, & Kristin
Cathy Castaldo
Work
July 20, 2021
I was with Jerry on July 3 at his house in PSL And he told me he had at least two more years and I believe him Oh really miss him
Michael Monaco
Friend
July 19, 2021
My condolences to Jerry's family. He was a great man, may he rest in eternal peace.
Kristin Gabrielsen
Friend
July 19, 2021
Rest in peace .You where one of kind and a good friend to have.
Frank Reidinger .
Friend
July 18, 2021
Hey,,,this is very sad and unexpected. Sincerest condolences to the family of our good friend and dart teammate, Jerry Lucid. Always a smile, always a kind word. His generosity and quick witted humor kept us all loose and playing great. RIP my friend.... Shoot Em' Up
Bob Garzone
Friend
July 18, 2021
Showing 1 - 5 of 5 results