BORN
1946
DIED
2018
FUNERAL HOME
Hanley Funeral Home Inc
60 New Dorp Ln
Staten Island, NY
John R. Anderson, 71
John R. Anderson, 71, of Oakwood, passed away peacefully on Oct. 22, 2018, after a courageous 10-month battle with liver cancer. John found comfort and strength during this time being surrounded with love and support from his family and close friends.
John was born on Dec. 4, 1946, in Brooklyn, N.Y., to Theresa and the late Robert Anderson. He served in the U.S. Navy, where he proudly served in the Vietnam War from 1965 to 1969 on the USS Coral Sea CVA 43 in the Gulf of Tonkin and at a NATO Base in Iceland.
Later, John worked for IBM as a field engineer in various brokerage houses and banks. Moving on to JPMorgan, where he retired in 2003, as a senior vice president and head of global contingency planning.
John enjoyed playing golf and cheering for the N.Y. Mets and Giants. But his greatest source of joy was spending cherished time with his children and grandchildren, whom he adored. He was regarded as affable, fun-loving, and larger-than-life by all who knew and loved him.
John is survived by his loving wife of 48 years, Marie (nee Migliorini); his son, John S. and wife Elisa, and daughter, Jennifer Mistretta and husband Dr. Michael Mistretta. John is also survived by three grandchildren, Matthew Mistretta, Aidan and Emma Anderson; his mother, Theresa, his sister, Patricia Campbell and husband Colin, as well as many family and friends.
Visitation will be Friday, Oct. 26, from 2 to 4 and 7 to 9 p.m. at Hanley Funeral Home. A Catholic mass will be said 9:15 a.m. on Saturday at St. Charles Church.

Hanley Funeral Home
60 New Dorp Lane
Staten Island, NY 10306
(718) 351-1800
Published by Staten Island Advance on Oct. 25, 2018.
MEMORIAL EVENTS
Oct
26
Visitation
2:00p.m. - 4:00p.m.
Hanley Funeral Home Inc
60 New Dorp Ln, Staten Island, NY
Oct
26
Visitation
7:00p.m. - 9:00p.m.
Hanley Funeral Home Inc
60 New Dorp Ln, Staten Island, NY
Oct
27
Funeral Mass
9:15a.m.
St. Charles Church
NY
Funeral services provided by:
Hanley Funeral Home Inc
MAKE A DONATION
MEMORIES & CONDOLENCES
Sponsored by Hanley Funeral Home Inc.
9 Entries
Dear Marie and family. I know how hard it has been for all of you and how much John is missed by all. May he Rest In Peace and always in our hearts and prayers love MaryLou & Tom♥
MaryLou Tom La Femina
Friend
October 19, 2019
Dear Marie, jennifer,John and family, please accept my sincerest condolences in John's untimely
passing. It was a pleasure to work with him at JPMorgan . He was a wonderful colleague and helped me to get my department up and running in 1986. His pain and suffering is now over,and he leaves a wonderful legacy
Sincerely Kay Pesile
Kay Pesile
October 28, 2018
May the God of all comfort sustain your family during the days ahead Psalms 119:76
October 28, 2018
Such a nice guy, although John was many years older than my friends and myself he was always very friendly with good advice for us younger neighbors or willing to toss a football around and tell us stories of his days in the Navy. Growing up in Oakwood was idyllic in those days and neighbors were friendly and always ready to help out each other. Such a shame to see friends dying but this is the circle of life. " Do you remember the times of your life" Condolences to his family. Rest in Peace. Semper Fidelis. Thank you for your service to our country. Go Navy!
Staten Island Oldschool
October 25, 2018
Dear Marie Jen John and family
John was a loving and caring person, always
doing for his family. Our heartfelt condolences. Always remember his laugh and smile. May he Rest In Peace, this world
has lost a wonderful person and we lost a
a dear friend ❤
MaryLou Tom La Femina
October 25, 2018
John and I worked as a team as IBM customer engineers for many years. We worked many long hard hours together. When I first joined IBM John was a mentor to me but most of all he was my friend.
Frank LaMarsh
October 25, 2018
I will miss you my friend. God bless you and your family.
October 25, 2018 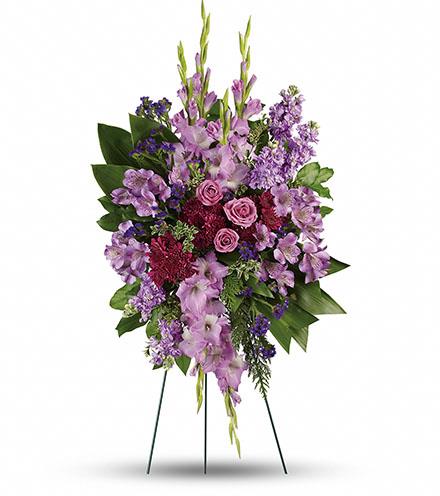 a loved one
October 25, 2018
My deepest condolences to Marie, Johhny and Jennifer for the loss of this amazing man. He was the glue that held our family together and I will miss him always....
Tricia Nardi
October 25, 2018
Showing 1 - 9 of 9 results