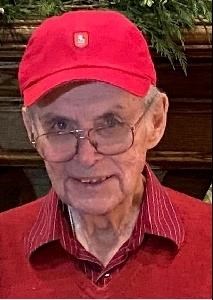 BORN
1933
DIED
2021
FUNERAL HOME
D'Elia Funeral Home
Route 70 & Vermont Avenue
Lakewood, NJ
Retired CFO at St. Vincent's Hospital, known for his Irish Pride John Costigan, 88, passed away September 12, 2021 at Complete Care at Shorrock Gardens, Brick Township, NJ. Mr. Costigan was born on August 23, 1933 in Staten Island, NY to Arthur and Lillian Costigan. After graduating from St Peter's HS and St. John's University, he proudly served as a first lieutenant in the USMC from 1956-1958. He began his career as a CPA for Peat Marwick Mitchell in Manhattan, and then went on to become the Chief Financial Officer at St Vincent's Hospital on SI until his retirement. In 1976 He and his former wife, Patricia, moved their family to Colts Neck, NJ, where they raised their 6 children. He later lived in PA and finally settled in Ocean County NJ. Mr. Costigan was predeceased by his parents, his brother Arthur, his former wife Patricia and wife Joan. John is survived by his sister Muriel Lowe, his 6 children, Catherine Moore (Doug), John Jr. ( Rose), William (Kelly), Timothy (Molly), Mary Beth (Richard) and Matthew, his grandchildren, Brian, Daniel, Lindsay, Patrick, Sean, Claire, and Thomas and many nieces and nephews. John was a long time NY Giants fan and a member of the Knights of Columbus. He was known for his sense of humor, his Irish pride, and his booming baritone voice always ready to lead an Irish singalong. Interment will be private at a later date. For further information or to post a tribute please visit www.deliafuneralhome.com. D'Elia Funeral Home 1300 Vermont Avenue Lakewood, NJ 08701 (732) 363-1987
Published by Staten Island Advance from Sep. 18 to Sep. 19, 2021.
MEMORIAL EVENTS
To offer your sympathy during this difficult time, you can now have memorial trees planted in a National Forest in memory of your loved one.
Funeral services provided by:
D'Elia Funeral Home
MAKE A DONATION
MEMORIES & CONDOLENCES
Sponsored by D'Elia Funeral Home.
0 Entries
Be the first to post a memory or condolences.