John S. Maj
ABOUT
Curtis High School
John S. Maj, 66
John S. Maj, a retired NYPD sergeant, died April 11 at his home in Gouldsboro, Pennsylvania.
John was born and raised in Staten Island where he attended Sacred Heart Elementary School and Curtis High School before joining the NYPD in 1983. He was assigned to the 70 PCT., until his promotion to sergeant where he was assigned to the 72 PCT in Sunset Park, Brooklyn. There he worked steady midnight shifts as the Social Club Task Force supervisor, earning numerous medals for bravery.
While working midnights, he also attended Empire State College, receiving an associate's degree. He retired from the NYPD in 2003.
John was predeceased by his wife, Ann Fitzgibbons, and his parents, Stanley and Anne Maj. He is survived by his sister Linda and her husband Charles Miezejeski, his brothers Edward, Michael, David, and Donald, and his sisters-in-law Catherine, Barbara, and Anne.
John was a loving uncle to his nieces and nephews Matthew, Michael, Emily, Anna, and David.
A Memorial Mass will be held at Sacred Heart Church on May 15th at 11:30 a.m. A burial will follow at St. Peter's Cemetery.
Published by Staten Island Advance on Apr. 16, 2021.
MEMORIAL EVENTS
May
15
Memorial Mass
11:30a.m.
Sacred Heart Church
NY
MAKE A DONATION
MEMORIES & CONDOLENCES
7 Entries

John and I became friends 11 1/2 yrs ago. I became his neighbor, and the 1st thing I said was my name is Steve do you want to come over and have a beer. We became instant friends. He met my future wife 6yrs later and they became instant friends as well. He was more then a friend or neighbor we considered him family. We spent his last day on earth with myself my wife, my grandson, our dog and our friend Richie. We were his extended family, (my grandson who he called his Jr Woodsman) and uncle Johnny took a walk through the trails and he told his Woodsman stories. We're so glad to say that he was happy and cheerful as always and memories were truly made.
RIP my Friend, I love you buddy,
Stick

(picture of John and I in our favorite spot, sharing some laughs and adult beverages).
Steven Jonassen
Neighbor
April 20, 2021

So sorry for your loss. My condolences to all.

John was a friend of mine through Eagle Lake. We spent a lot of fun times there with friends. His vibrant personality and jokes made us all laugh. As a retired police officer myself we use to talk about the job. John will definitely be missed! May he R.I.P.
Susan Hoffman
Friend
April 20, 2021

John was a very good friend. We spent a lot of time at Eagle Lake. His vibrant personality and his jokes would make us all laugh. As a retired Police Officer myself we use to talk a lot about the job. Definitely loved his friendship and will miss him dearly. May he R.I.P.
Susan Hoffman
Friend
April 20, 2021 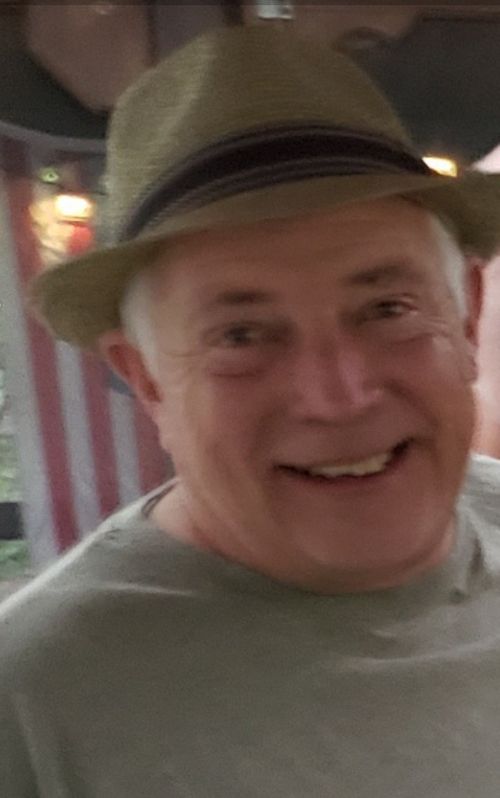 Saying that John was very dear to us is by far an understatement. He was not only our neighbor up at the lake, but part of the family. He was known to us as Uncle Johnny, Sarg and when he wore his hat we called him Heisenberg. We will miss his robust voice, great stories, silly text messages, sense of humor, music and movie trivia, star gazing, weather and news updates, pranks, advice, product reviews and practical help. He was a senior woodsman and our grandson Christopher was his Jr woodsman in training. There are just so many funny inside jokes and stories that we now wish we took notes. We feel blessed that we had him in our lives and will continue to share our memories that will forever keep him alive in our hearts. Rest easy dear friend....
Love Steve, Christine & Christopher
Steve & Christine
Friend
April 19, 2021
Dave and Barbara and children, so sorry for the loss of your brother and uncle. May he rest in peace. Liz and Paul Arrabito
Elizabeth Arrabito
Neighbor
April 18, 2021
What a beautiful man inside and out. The world was a better place with John in it. Rest In Peace my dear friend
[email protected]
Friend
April 16, 2021
Will always remember John as a kind, and supportive supervisor. I worked in the 68 Precinct, while John worked in the 72 Precinct. Because at the time both precincts operated next to each other, he sometimes flew to our precinct as a Fly Sgt. He will be missed by all those who knew him and loved him.
Sharon Cesario
Coworker
April 16, 2021
Showing 1 - 7 of 7 results