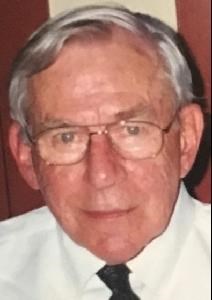 BORN
1934
DIED
2021
FUNERAL HOME
Charles F Snyder Funeral Home & Crematory Inc
3110 Lititz Pike
Lititz, PA
Joseph J. Gawarkiewicz Navy officer, Vietnam veteran, engineer, 'a role model to many' Capt. Joseph J Gawarkiewicz, USN (ret) died on August 21, 2021 at Willow Valley Communities, Lancaster, PA after a long illness. Joe was born on Staten Island, NY in 1934 to Helen Kochman Gawarkiewicz and Joseph J. Gawarkiewicz. He attended high school at the Augustinian Academy in Staten Island. He attended Villanova College prior to receiving a Congressional appointment to the United States Naval Academy graduating in 1957. He joined the Civil Engineer Corps, earning a Bachelor of Science in Civil Engineering from Rensselaer Polytechnic Institute. His first CEC tour was at the Naval Air Test Center at Patuxent River, MD Next, Joe earned a Master's of Science in Engineering at Princeton University. Joe completed two tours of duty in Vietnam in 1968 – 1969, along with tours in Thailand, Mississippi, London, England, Newport, Rhode Island (Naval War College) and the Pentagon. He completed his career as the Public Works Officer at the Naval Academy. Joe's awards included the Legion of Merit, Bronze Star with Combat V, Navy Commendation Medal, and the Armed Forces Expeditionary Medal. In 1982, Joe joined Princeton University as General Manager of Plant & Services and became involved in an expansion of Princeton facilities and Service Departments. In 1993, he retired from Princeton and with his wife Dolores moved to Island Heights, a small community on the Jersey shore. While there he was elected to serve on the Borough Council for two terms. Joe and Dolores moved to Philadelphia for several years before moving to Willow Valley Communities in Lancaster, PA where he was able to spend some time with fellow USNA grads. Joe was a role model to many, a great thinker with a dry sense of humor and much loved by his family and friends. His reassuring presence will be sorely missed and hopefully emulated by his grace, dignity and humility. Predeceased by his wife, Dolores Gleba Gawarkiewicz in 2018, Joe is survived by his son, Glen and wife Connie, and daughter Marlene Jane and husband Marty Franklin, five grandchildren Ellen, Thomas, Gwen, Delia and Teddy and his brother, Charles Gawarkiewicz and his wife Patricia. Donations may be made to Alzheimer's Association. Services will be held at the Naval Academy in the spring. To send an online condolence, please visit www.SnyderFuneralHome.com Charles F. Snyder Funeral Home & Crematory 414 E. King Street Lancaster, PA 17602 (717) 560-5100
Published by Staten Island Advance from Aug. 27 to Aug. 29, 2021.
MEMORIAL EVENTS
To offer your sympathy during this difficult time, you can now have memorial trees planted in a National Forest in memory of your loved one.
Funeral services provided by:
Charles F Snyder Funeral Home & Crematory Inc
MAKE A DONATION
Please consider a donation as requested by the family.
MEMORIES & CONDOLENCES
Sponsored by Charles F Snyder Funeral Home & Crematory Inc.
3 Entries
Sincere condolences to Charlie and Pat on the loss of two wonderful brothers in such a short time. Travis roots run deep and strong. My sister Marion and Dolores were invited by Joe and a friend for a weekend at the USNA, a cause for great excitement for all of us. May your memories sustain you through these difficult times.
Edna Laub Holcomb
Friend
September 14, 2021
I am sorry for the loss of your brother Joe. I remember him when we young kids running around in Travis. Hope all is well with you and your family. Charlie
CHARLES A MANDRIK JR
Other
August 30, 2021
Our sympathies to the family from me and my sister, Claire. Sonny's father and our maternal grandmother were brother and sister. Many happy recollections of July 4th celebrations in Travis. What a gentleman and such a splendid career!
Richard J Yates
Family
August 29, 2021
Showing 1 - 3 of 3 results