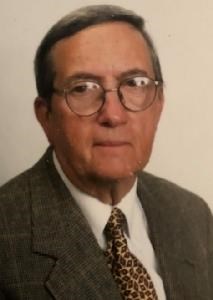 BORN
1930
DIED
2021
FUNERAL HOME
Hanley Funeral Home Inc
60 New Dorp Ln
Staten Island, NY
Joseph G. Timpone Joseph G. Timpone, 91, beloved husband, father, and grandfather, who rose from humble beginnings to prominence on Wall Street, passed peacefully on Sunday after a prolonged illness. Known to family and friends as Tip or Tippy, he was born in Brooklyn on June 25 1930, to Joseph and Anna Timpone, who were the son and daughter of Italian immigrants. Sorrow visited the family when Tip's older brother, Domenick, died at age 5. Tip took early to hard work: His numerous jobs included welding, cabinet making, watch making, hairstyling, and even drumming in a band, before he found his way to Wall Street and his life's work. Beginning as a floor clerk, Tip rose to become a Member of the New York Stock Exchange. After more than 40 years of trading on Wall Street, he retired in November of 1996, when he had the privilege of ringing the closing bell with his family by his side. And what a family! Tip had courted Marie Argentieri, and they wed in October 1956.Their children Joseph and Roseann, were born while the family lived in Brooklyn. Always keen to improve, Tip saw opportunity for his family in a new house in bucolic Eltingville, where they moved in 1964. Fifteen years later, they shifted to Todt Hill Road, where Tip had scope to indulge his passion for landscaping. In retirement, Tip delighted in summering with his grown children and grandchildren at Cape May, N.J., golfing at Richmond County Country Club and spending the winter months with his love Marie, at their home in West Palm Beach, Fla. He relished simple pleasures: eating a Nathan's hot dog, watching the Mets on TV, visiting the beach with his grandsons, going to the diner with Marie after church on Sunday and of course, Sunday pasta with his family. Tip was renowned for his humility, honesty, generosity, respect towards others, and his faith. At the table, his quick wit and contagious humor never failed to lighten the mood. Family said he was an outstanding role model, whom they would strive to emulate and carry in their hearts. Tip is survived by his cherished wife, Marie; his loving son, Joseph G. Timpone Jr., M.D., and daughter-in-law Karen Ajluni Timpone, of Washington D.C.; and his loving daughter Roseann Harden, and son-in-law, Thomas Harden, of Lighthouse Hill. Also his adoring grandsons: Thomas Harden Jr. and his wife, Jessica; William Harden; Peter Harden; Evan Harden; Andrew Timpione; and Matthew Timpone, to whom he will forever be Pop Pop. Tip was an uncle many times over and brother-in-law to two surviving sisters-in law. Family and friends may call upon Thursday from 2 to 4 p.m. and 7 to 9 p.m. at the Hanley Funeral Home, 60 New Dorp Lane, in New Dorp. There will be a mass of the Resurrection on Friday at 10 a.m. in St. Patrick's RC. Church, 53 St. Patrick's Place, Richmond, followed by interment at Moravian Cemetery, 2205 Richmond Road, New Dorp. A repast will follow at the Richmond County Country Club, 135 Flagg Place, Todt Hill. In lieu of flowers, contributions may be made to The Foundation for Fighting Blindness (fightingblindness.org), which Tip loyally supported.
To plant trees in memory, please visit our Sympathy Store.
Published by Staten Island Advance from Jul. 20 to Jul. 21, 2021.
MEMORIAL EVENTS
Jul
22
Calling hours
2:00p.m. - 4:00p.m.
Hanley Funeral Home Inc
60 New Dorp Ln, Staten Island, NY
Jul
22
Calling hours
7:00p.m. - 9:00p.m.
Hanley Funeral Home Inc
60 New Dorp Ln, Staten Island, NY
Jul
23
Funeral Mass
10:00a.m.
St. Patrick's RC. Church
53 St. Patrick's Place,, Richmond, NY
Funeral services provided by:
Hanley Funeral Home Inc
MAKE A DONATION
Please consider a donation as requested by the family.
MEMORIES & CONDOLENCES
Sponsored by Hanley Funeral Home Inc.
0 Entries
Be the first to post a memory or condolences.