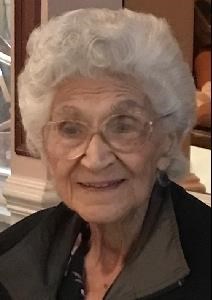 BORN
1923
DIED
2021
FUNERAL HOME
Costello-Runyon Funeral Home - Metuchen
568 Middlesex Ave
Metuchen, NJ
Great-grandmother of seven; 'woman of great faith and devotion' Lourdes S. Awn, 97, daughter of the late Mary and Selim Nassr, was born in Manila, Philippines, on December 2, 1923. She remained in the Philippines until being injured during World War II at which time she was brought to the United States for treatment and where she remained for the rest of her life. She settled in Brooklyn, New York, where she married and raised her three children. She was admired and respected by many for her warmth and hospitality and a woman of great faith and devotion. In addition to her career in retail, she devoted her time and energy in support of St. Jude Hospital. For the past seven years she has resided in Somerset at the home of her daughter and son-in-law and became a faithful parishioner of St. Francis Cathedral, Metuchen, and St. Joseph Church, Hillsborough. In addition to her parents, she is predeceased by her husband of 31 years, Mitchel; her son, Paul; her sister, Betty; her brothers, Philip, Albert, Edward and Richard. She is survived by her brothers, Farid and Bernard; daughter and son-in-law, Rosemarie and Richard Gazaleh; her son and daughter-in-law, George and Ronnie Awn; her daughter-in-law, Joan Banks; her grandchildren, Paul (Amy) Gazaleh, Susan (Chad) Seyler, Michael (Courtney) Gazaleh, Justin Awn, Ashley Awn, and seven great-grandchildren, Katharine, Mary, Sydney, Cole, Greta, Adelyn and Piper, as well as many loving nieces and nephews. A Mass of Christian Burial will be celebrated on Friday, October 15, 2021, at 10:15 AM at St. Francis of Assisi Cathedral in Metuchen. In lieu of flowers, please make memorials to St. Jude Children's Research Hospital (stjude.org). Arrangements were made under the direction of Costello-Runyon Funeral Home in Metuchen. Costello-Runyon Funeral Home 568 Middlesex Ave. Metuchen, NJ 08840 (732) 548-0149
Published by Staten Island Advance from Oct. 11 to Oct. 12, 2021.
MEMORIAL EVENTS
Oct
15
Service
10:15a.m.
St. Francis of Assisi Cathedral
Metuchen, NJ
Funeral services provided by:
Costello-Runyon Funeral Home - Metuchen
MAKE A DONATION
Please consider a donation as requested by the family.
MEMORIES & CONDOLENCES
Sponsored by Costello-Runyon Funeral Home - Metuchen.
0 Entries
Be the first to post a memory or condolences.