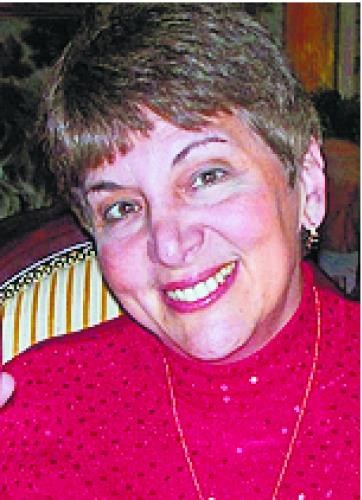 ABOUT
Curtis High School
Monique Aurora Fonte, 69
Devout Christian and Catholic
Monique Fonte, 69, of Castleton Corners, a devout daughter of the Lord Jesus Christ, passed away peacefully with her husband, Peter, by her side after a long struggle with metastatic breast cancer on April 5, 2021.
Monique was born in Manhattan, New York to Victor and Sonja Debs and raised in Queens and Staten Island after the family moved to the borough in 1959. Victor, an accomplished architect and engineer and Sonja, a well known fifth grade teacher at PS 16, brought Monique up in faith at the Brighton Heights Reformed Church in St. George. Monique attended Curtis High School, the College of Staten Island, American Academy of Dramatic Arts and St. Johns University. She went on to become a stage actress in summer stock, dinner theatre and off Broadway for nearly 10 years. Upon meeting her future husband Peter after one of her stage performances she moved onto other endeavors which included a small market research company that she operated in Staten Island, Quality Coding. Her journey next led her into the legal field and eventually into Manhattan for nearly 30 years as a paralegal in the corporate, real estate and matrimonial fields of law where she was well known for her excellent work.
Through the years she attended St. Peters parish in St. George, St. Pauls in New Brighton and finally, Blessed Sacrament, where she was also a choir member. She was a consistent donor to many religious and Veterans organizations including the televised "Sunday Mass" and the Eastern Paralyzed Vets after losing her nephew, Tommy Saba, in combat in Iraq. Her donations consistently amounted to 20 percent of her income year after year.
She especially enjoyed the theater, her many feline pets, bible study, "Honeymooner" and "Seinfeld" reruns and most of all the company of her husband Peter for 38 years. Her infectious laughter, her strong faith and her skill as a listener brought her many friends and long standing relationships from all walks of life.
Monique is survived by her husband Peter, her brothers Victor Jr., Raymond, their wives Lola and MaryAnn, her niece Jackie and her ever growing family, her Uncle Tony and wife Barbara, assorted nephews, nieces, godchildren and many friends, neighbors and associates.
In addition to her parents, she is also predeceased by her older brother Eugene.
Services will be private to family, close friends and associates. She will be laid to rest at Moravian Cemetery in Staten Island. Her husband encourages anyone who is interested to contribute to the American Cancer Society or an organization involved in cancer care or research. He is hoping to establish a foundation in Monique's name for Staten Island cancer patients in need of resources in the near future. He can be contacted at [email protected]
Published by Staten Island Advance on Apr. 18, 2021.
MEMORIAL EVENTS
To offer your sympathy during this difficult time, you can now have memorial trees planted in a National Forest in memory of your loved one.
MAKE A DONATION
Please consider a donation as requested by the family.
MEMORIES & CONDOLENCES
0 Entries
Be the first to post a memory or condolences.