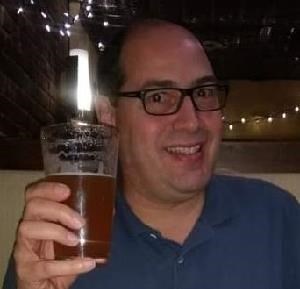 FUNERAL HOME
M.J. Murphy Funeral Home
616 Ridge Road
Monmouth Junction, NJ
Nicholas 'Nick' Michael LaMantia Nicholas (Nick) Michael LaMantia, 56, of Kendall Park passed away Sunday, July 4, 2021 at home. Nick was born and raised on Staten Island, NY. He shared his father's love of baseball and grew up playing on many teams throughout his youth and was a serious Mets fan until he switched allegiance to the Yankees in 1996. Nick made lifelong friends on and off the playing field and for 29 years travelled with these friends to every major and minor league stadium. He will be missed when they go to Washington, DC this year. Since May of 1988, Nick was employed by the United States Postal Service. He started in Brooklyn, NY and was quickly promoted off the work floor. He worked for various departments in the NY District, Central NJ District, Southern NJ District, and Headquarters. In April of 2004, Nick volunteered and served as Postal Advisor to the Iraqi War Coalition Provisional Authority, where he led a team in production of the Iraqi Post Five-year Budget and Revenue plan. He earned his Lean Six Sigma Green Belt, a USPS Management Award, in 2016. Other highlights of his career include opening of the new BrooklynPost Office in 1993 and the first day of issue release of the 250th anniversary stamp of Nassau Hall, Princeton University. He truly had a distinctive and unique career. Nick loved vacationing every summer at Spring Lake, NJ with his wife, daughter, and extended family. He loved road trips, whether it was a drive in his favorite "windy car" (a 1997 Spyder Eclipse), or to Baltimore, MD. An annual Mother's Day tradition was a gift of tickets to a Broadway musical for the family. The anticipation of finding out what show he had selected was a huge part of the gift. Nick enjoyed spending many hours in the summer at "The Willows" swim club, especially raft hour with his daughter and her friends. He was always very generous with his time and love for his family. Nick was predeceased by his parents Frank and Judith (Johansen) LaMantia, as well as his two brothers Gerald and Stephen. He is survived by his wife of 21 years, Amanda (Blair Eaton) LaMantia, a daughter, Grace Devoe LaMantia, and his two sisters Leslie Daraghati and Frances LaMantia. He is also survived by 3 nieces, 6 nephews, 9 grand nieces, and 3 grand nephews. Following a private family service, a Celebration of Life will be held on Wednesday July 14 at The Boathouse at Mercer Lake, 334 South Post Rd, West Windsor Township, NJ 08550 from 6-8pm. Please enter "Boathouse at Mercer Lake" for GPS directions. Arrangements are under the direction of M.J. Murphy Funeral Home, Monmouth Junction.
To plant trees in memory, please visit our Sympathy Store.
Published by Staten Island Advance from Jul. 10 to Jul. 11, 2021.
MEMORIAL EVENTS
Jul
14
Celebration of Life
6:00p.m. - 8:00p.m.
The Boathouse at Mercer Lake -- Please enter "Boathouse at Mercer Lake" for GPS directions.
334 South Post Rd, West Windsor Township, NJ
Funeral services provided by:
M.J. Murphy Funeral Home
MAKE A DONATION
MEMORIES & CONDOLENCES
Sponsored by M.J. Murphy Funeral Home.
5 Entries
I worked with Nick on the contract team for awhile, he was always so knowledgeable and had a way of making you feel team worthy even though he was the smartest guy in the room. Praying for your family who he spoke of often so proudly, so very sorry!
Scott Mason
July 19, 2021
I worked for Nick when he was BMEU Manager of the USPS South Jersey District. He was a nice man who was easy going, and generous. I remember him going to Philly for sandwiches for us in the office on a whim. He was amazing behind the computer. Very proud to be a dad to his daughter. My deepest sympathies to his family, friends and coworkers. Hit it out of the park in Heaven, Nick. Rest in peace.
Michael West
July 12, 2021
Nick was a very nice man. I worked with a couple of times. He will be missed
Sherry Saunders
Friend
July 12, 2021
Nick was a special guy! Whenever we saw him, he brightened our day and made us feel good about ourselves. He was very smart, genuine, funny, and kind...We can still hear his wonderful laugh and probably always will. I truly hope so. Rest in Peace dear friend until we meet again...
Lisa and Juan Arroyo
Friend
July 11, 2021
We're sorry for your loss. We loved Nick. Every year I waited for him to sell Girl Scout cookies. His expertise and wonderful personality will be missed.
Gerald and Genevieve Mulvihill
Work
July 11, 2021
Showing 1 - 5 of 5 results