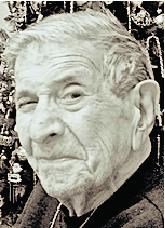 FUNERAL HOME
Colonial Funeral Home
2819 Hylan Blvd
Staten Island, NY
Patrick A. Giordano, 93
Devoted father and World War II veteran
Patrick A. Giordano, 93, passed away peacefully in his sleep at his home in New Dorp on Thursday, July 18, 2019.
Patrick joined the Army in the final stages of World War II, following his older brothers, the late Joseph Giordano and the late Gene Giordano, into combat.
He fought in the Po Valley Offensive in Italy, where he was wounded twice, and later became a military policeman for the remainder of his service.
Patrick resumed his job as a lithographic pressman when he returned to Brooklyn after the war, eventually working for Perfect Finishing in Manhattan, where he also served as a proud union delegate until his retirement.
After retirement, he enjoyed the company of his family and friends, and was active in the Republican party along with his son, Gregory, from 1990 to 1992.
Patrick is survived by his wife, Carmen Julia, and his three children, Vincent, Gregory and Lorraine.
Visitation is Monday, July 22, from 2 to 4 p.m. and 7 to 9 p.m. at the Colonial Funeral Home. A Funeral Mass will be held on Tuesday, July 23, at 10:30 a.m., at Our Lady of Peace Church.