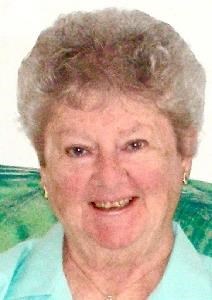 BORN
1935
DIED
2021
April 27, 1935 – November 12, 2021 Peggy Welles passed away peacefully at the Bluemont Sunrise home in Arlington, Virginia, in the morning hours of 12 November. She was 86 years old. A native Staten Islander, she was born Margaret Ann Kelly on April 27, 1935, to James Kelly and Rose Pavis, the youngest of a family of four girls. After attending St. Clare's grammar school, she went to New Dorp High School, graduating in 1953. Peggy then went to work in Manhattan at Emigrant Bank until she was married in 1958 to her high school sweetheart, David Welles, her husband of 63 years, who also recently passed. A resident of Great Kills as a child, her and her family lived on Lighthouse Hill since 1978. A long-time member of St. Patrick's Parish in Richmondtown, she was an active supporter of St. Patrick's Grammar School where her children attended and was also an officer of the Mother's Club for several years during that time. Peggy remained involved in the Parish until her death. She was also a Cub Scout Den Mother and supported fund raising for Boy Scout Troop 25. Peggy spent much of her life helping others, whether as a volunteer at the New York City Foundling Hospital and Home after she finished school or looking after her mother and several aunts as they got older. A member of the Richmond County Yacht Club - where her husband was a past Commodore –they owned several sailboats over the years, where she was a tried and true "First Mate" on the many trips they took. Peggy was well known among her social circles for her love of cooking and entertaining. As a long-time theatre goer, she and her husband continued to attend shows on Broadway after his retirement 1995. They both also then traveled extensively, including trips to Europe, wintering in Florida and Puerto Rico, and summers with family in Connecticut and sailing trips to New England. An avid reader in her later years, she was known for her sharp wit and will be missed by the many family members and friends she impacted. Peggy was first and foremost a wife, mother, and grandmother. She was the beloved mother of Mark Welles and his wife, Rebecca; Scott Welles, and his partner, Matthew Boles; and beloved grandmother of Rachel, Gideon, Aaron and Sarah Welles. She also leaves behind her sister-in-law, Diantha McMorrow, and her beloved friend, Liz Capriotti. She was Aunt to 6 nephews and numerous grand nieces and nephews. A Memorial Service will be held early in the new year; details to follow. In lieu of flowers, memorial gifts may be made in Peggy's name to St. Patrick's Church at https://stpatrickssi.org/on-line-giving
Published by Staten Island Advance from Nov. 24 to Nov. 28, 2021.
MEMORIAL EVENTS
To offer your sympathy during this difficult time, you can now have memorial trees planted in a National Forest in memory of your loved one.
MAKE A DONATION
MEMORIES & CONDOLENCES
2 Entries
With deepest Sympathy.
Judy Roberts-Velapoldi
Other
November 30, 2021
Deepest Sympathy
Rosemary Hornbuckle
November 26, 2021
Showing 1 - 2 of 2 results