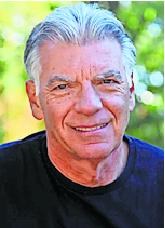 BORN
1948
DIED
2018
FUNERAL HOME
Bloomfield-Cooper Jewish Chapels
44 Wilson Avenue
Manalapan, NJ
Steven S. Schwartz, 70
"Godfather of Pediatric Dentistry" on Staten Island
Dr. Steven S. Schwartz of Boynton Beach, Fla., and Monroe Township, N.J., passed away on Oct. 25, 2018, at the age of 70 after a long battle with cancer.
Dr. Schwartz graduated from Brooklyn College and received his DDS degree from New York University School of Dentistry. He completed his residency at the Jewish Hospital and Medical Center of Brooklyn.
Dr. Schwartz was the first pediatric dentist to practice on Staten island. He remained in private practice there for 30 years. He developed a residency program in pediatric dentistry at Staten Island University Hospital, where he remained director of that program for 12 years, retiring in 2017.
He was a Diplomate of the American Board of Pediatric Dentistry and author of numerous clinical and practice management articles. He was a member of Procter & Gamble's Dentalcare.com Advisory Board and served as president of the Richmond County Dental Society as well as the New York State Association of Pediatric Dentists.
In his retirement, Dr. Schwartz began teaching at Nova Southeast University School of Dentistry in Fort Lauderdale, Fla., where he was an associate professor.
Dr. Schwartz and his family settled in East Brunswick, N.J., in 1987. He was a member of the East Brunswick Jewish Center, where he served as president. In East Brunswick, he developed a love for biking, which he continued to do up until the very end of his life.
He is survived by his wife of 46 years, Esther Kalina Schwartz; a son, Jason Schwartz; a daughter, Erica Werber, son-in-law Yaron Werber, and two grandchildren, Ella and Jed. He is also survived by his sister, Fran Schwartz Belasco.
Published by Staten Island Advance on Oct. 29, 2018.
MEMORIAL EVENTS
To offer your sympathy during this difficult time, you can now have memorial trees planted in a National Forest in memory of your loved one.
Funeral services provided by:
Bloomfield-Cooper Jewish Chapels
MAKE A DONATION
MEMORIES & CONDOLENCES
Sponsored by Bloomfield-Cooper Jewish Chapels.
9 Entries
Just spoke to sheila Hertz and heard about steve's death. I was so sorry to hear this sad news. I wish you, Esther, and your family well. Linda Kartzman
Linda Kartzman
November 15, 2018
Saddened by the news of this loss. We were graduated in the same class at NYU. He was my senior at Brooklyn Jewish Hospital. He was a pioneer in his chosen profession and an inspiration to all. Deepest sympathies and condolences to Esther and the family.
Arnold Rosenstock
November 5, 2018
What a terrific dentist and man. So smart, kind, caring, funny, easy to talk with. My children and I trusted Dr. Steve totally. My kids didn't leave his dental chair until they were too big for it. As young adults they had to gently be told by Dr. Steve it was almost time to move to a dentist for adults, when they did we all missed Dr. Steve. I enjoyed our chats while Dr. was working with my kids or when I would see him at SIUH. Such a positive person, light and energy. God bless your soul. RIP. Sympathy and prayers to Dr.Steve Schwartz's family and loved ones. May good memories bring you comfort. S. Knudsen and family
S. Knudsen
November 3, 2018
Steve and I overlapped a year of residency training in 1974-5, remained friends and colleagues ever since. He was a kind, dedicated, warm person, and a committed, knowledgeable, compassionate professional. I will miss him dearly; my sympathy and condolences to his family...Neal HermanNew York City
neal herman
November 2, 2018
DR. SCHWARTZ was my daughters dentist for
years. He was a great man and a fantastic
dentist. To this day they are not afraid of
the dentist thanks to him. RIP

The Jaskos
November 1, 2018
Our sincere condolences. Dr Steve, as our children called him was a great man. He was especially wonderful with our daughter who has autism. It was a time when we did not know who to turn to for the dental care for our special daughter. Dr Steve came to our rescue. God bless him.
Angela Quinn
October 30, 2018
Dear Esther and family,So sorry to hear of the loss of your beloved husband. You and your family are in my thoughts and prayers. May he Rest In Peace
Nancy Ludwig
Nancy Ludwig
October 29, 2018
I still remember his office with the giant treasure chest of prizes you could pick from after your appointment. A truly gentle dentist who was an asset to the Staten island community. I'm sorry his family didn't get more time with him. May he rest in peace.
Andrea Connors
October 29, 2018
So Sorry to hear was a great dentist taught at Staten Island university hospital as an attending. Godspeed.
John Rinaudo
October 29, 2018
Showing 1 - 9 of 9 results