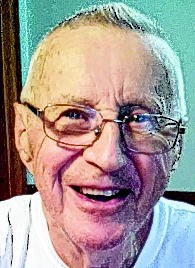 FUNERAL HOME
Hanley Funeral Home Inc
60 New Dorp Ln
Staten Island, NY
Thomas Joseph Hicks, 88
Retired engineer, father of seven, enjoyed Maine vacations and Oldtimers baseball
On July 15, 2016, Thomas Joseph Hicks (Tom), 88, died peacefully at Staten Island University Hospital, surrounded by his family.
Tom was born in Rosebank on Staten Island, son of Edward and Mary (Cunningham) Hicks. He graduated from St. Peter's High School in 1945 and served in the U.S. Navy. Tom returned to New York in 1946 to attend Manhattan College on the G.I. Bill.
Three days after graduating with high honors from Manhattan College with a bachelor's degree in civil engineering, in June 1950, Tom married the love of his life, Gloria Elia. Tom and Gloria met as teenagers at Kaltenmeier's Playground in Rosebank, and they were married for 61 happy years until her death in 2011.
After his wedding, Tom served in the U.S. Navy Seabees during the Korean War and received an honorable discharge in 1952.
He earned his license as a professional engineer and worked for TAMS Consultants in Manhattan for over 40 years until his retirement in 1992. During his career, he was involved in the design and construction of major highways, bridges, tunnels, and airports in the U.S. and internationally.
Tom was an avid sports fan and played basketball and baseball at high school and throughout his younger days, retiring with the Staten Island Baseball Oldtimers at age 47. In his leisure he loved to read, travel, play tennis, and golf. He was active in his church, serving as Eucharistic minister for 20 years.
His biggest pleasure was taking yearly vacations in Maine surrounded by his large family and playing bocce at family gatherings.
Tom was predeceased by his parents; his wife, Gloria (Elia) Hicks; his brother, Edward, and sister-in-law, Ellen; his brother, Lawrence, and sister-in-law, Sarah.
He is survived by his seven children, Celeste Sheehy (Gary), Thomas (Lois), Kevin (Catherine), Martin (Laurie), Lawrence (Patricia), Dorothy Bloy (John), and Michael (Kathleen). He is also survived by 13 grandchildren, three great-grandchildren, and many nieces and nephews, all for whom he always held a special place in his heart.
Viewing is Monday, July 18, at Hanley Funeral Home from 2 to 4 and 7 to 9 p.m. Funeral Mass and burial will follow at 10:30 a.m. Tuesday, July 19, at Our Lady Queen of Peace Church, New Dorp.
In lieu of flowers, donations may be made to The Father Gannon Memorial Scholarship Fund at Our Lady Queen of Peace Catholic Church, S.I., N.Y.
Hanley Funeral Home
60 New Dorp Lane
Staten Island, NY 10306
(718) 351-1800
Published by Staten Island Advance on Jul. 17, 2016.
MEMORIAL EVENTS
To offer your sympathy during this difficult time, you can now have memorial trees planted in a National Forest in memory of your loved one.
Funeral services provided by:
Hanley Funeral Home Inc
MAKE A DONATION
MEMORIES & CONDOLENCES
4 Entries
My condolences and prayers for the family .
Adam Bartley
July 18, 2016
To all my cousins, I am so sorry for your loss. Uncle Tommy was a great man whom I loved very much. I know that this is a very difficult time for you all but I hope you can find comfort in knowing Uncle Tommy is at peace & with Aunt Gloria once again in Heaven.
With much love & our condolences, The Eckert family.
Stacey Eckert
July 18, 2016
rest in peace tom. prayers for your family,a staple in the OLQP family.
mcgoff family
July 17, 2016
The Manhattan College alumni community shares the grief, and is now praying for our fellow alumni and the family at this time. The Alumni Office has been informed. As well as the Jasper Jottings community that I personally can reach. We are all a little poorer now. "No man is an island, entire of itself ... any mans death diminishes me". We are sorry for your loss.
fjohn reinke (mc1968)
July 17, 2016
Showing 1 - 4 of 4 results