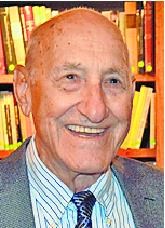 BORN
1924
DIED
2020
ABOUT
Port Richmond High School
Victor F. DiTommaso, 96
WWII Army veteran, native Islander, beloved father, grandfather
Victor F. DiTommaso, 96, was born on March 10, 1924 in Elm Park, Staten Island. He passed away in Staten Island on May 26, 2020 after a long battle with a chronic heart disease. Mr. DiTommaso was the final living sibling of 13 brothers and sisters who had sadly passed away before him. He thought of them, and the wonderful memories they had shared, often.
In 1943, Mr. DiTommaso graduated from Port Richmond High School. He proudly served his country for three years during World War II, specializing in the bomb disposal unit in the United States Army. He also served in the military police, and as a prison guard on Governor's Island. He was awarded the American Campaign Medal and the World War II Victory Medal.
Mr. DiTommaso retired from the New York City Department of Sanitation after over 20 years of dedicated service.
Mr. DiTommaso was a cherished husband, father and grandfather. He married his beloved wife, Frances DiTommaso (née Schiraldi), in 1944. Together they raised four devoted children, Jeanette, Marianne, Frank, and Nicholas. In 1989, after 45 years of marriage, Frances tragically passed away. In 1993, Mr. DiTommaso married his second wife, Jill Truncell. They traveled the world and joyfully danced together until Jill passed away in 2003.
Mr. DiTommaso loved writing poetry, singing classic Italian songs, and painting ceramic gifts for his family. He was an enthusiastic "snowbird" - traveling to his condo in Florida each winter where he would proudly win many Bocce and Pool Table tournaments. He enjoyed telling stories and spending time with family.
He is survived by his loving children - daughter, Marianne DiTommaso; sons, Frank DiTommaso and Nicholas DiTommaso; and his five grandchildren and eight great-grandchildren. He was predeceased, in 2006, by his daughter Jeanette.
Due to state restrictions regarding COVID-19, the funeral will be open to immediate family members only. The family will be accepting condolences via mail or email.
Published by Staten Island Advance on May 28, 2020.
MEMORIAL EVENTS
To offer your sympathy during this difficult time, you can now have memorial trees planted in a National Forest in memory of your loved one.
MAKE A DONATION
MEMORIES & CONDOLENCES
7 Entries
It's hard to believe that my dear Uncle Victor is gone a year already. The photo pictured on this memorial page really says a lot about him. Happy, healthy, handsome, wise, intelligent, and a touch of mischief. Such great qualities. He truly was a great man. I'm sorry that I can no longer visit him and hear the stories he used to tell me of when he and my dad were young. May you rest in peace. Love your niece, Fran xo
Fran Hellman
Family
May 24, 2021
One of the nicest persons I ever knew. My family were good friends with the DiTomasso family. Many years of gatherings at the house under the Bayonne Bridge, many jokes and fun is what I remember throughout my childhood and growing up. Victor had always been a bright light in the crowd and I remember him well. My parents were good friends with him and his family (Tessie & Artie Avignone), with many family visits to him and Fran in those years. He always greeted me with a huge smile. Altho I have not seen Victor in many years, he will always be a fond memory of growing up on Staten Island and the days of close family ties. Rest in Peace Victor and thanks for the memories.
Nancy Avignone
Friend
June 4, 2020 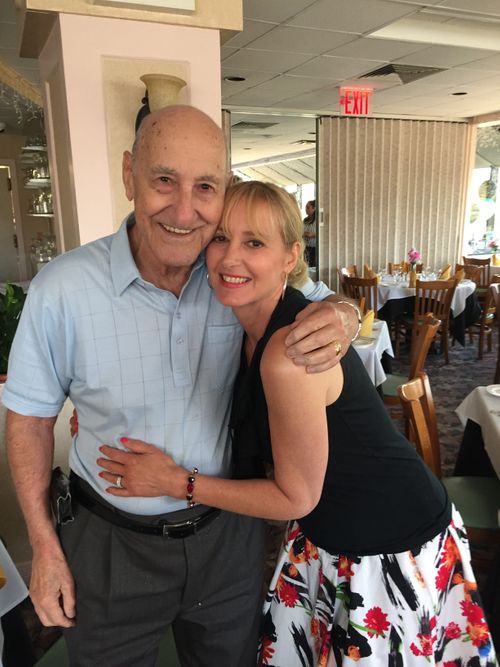 I will greatly miss my uncle Victor. He was so nice, funny, brilliant, and fun to dance with at family weddings. After my father Fred (his brother) passed away, being with uncle Victor was even more special because being with him gave me a sense of being with my father. They were alike in many ways. It's sad that now all the brothers and sisters are gone. Our family, Fran, Howard, Jason and James send our sincerest condolences to Marianne, Frank, Nick and their spouses, and to all uncle Victor's grand children and great grand children. May he rest in piece. We love you!
Fran Hellman
Friend
May 31, 2020
Frank and family i am so sorry for your loss may he RIP
pat bellavigna
Friend
May 29, 2020
Phyllis Alia Greeley, Margaret Alia and Patrick Alia
Family
May 28, 2020
Mr DiTomasso was a very pleasant man . When he used to come fir physical therapy he was always patient and loved to listen to him speak. God has a new and special angel now .rezt in peace
Kathy cavano
Friend
May 28, 2020
Nick and family, my most heart felt condolences on the passing of your Father, Grand Father and Great Grand Father. May he Rest in Peace.
Bob Ballard
Friend
May 28, 2020
Showing 1 - 7 of 7 results