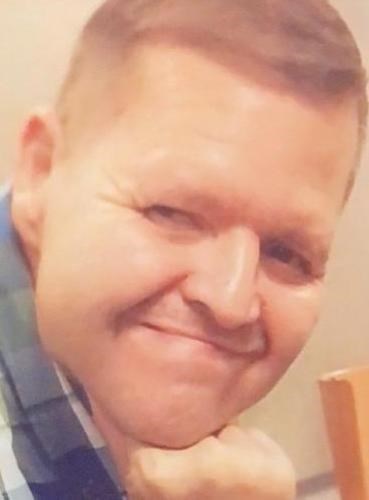 SIDNEY -- James Anthony "Tony" Chambers, age 56, of Sidney, passed away on Tuesday, September 28, 2021 at OSU Medical Center in Columbus with his loved ones by his side. He was born on June 16, 1965 in Oneida, TN to Glenice Carol (Ooten) Chambers Lenhart of Sidney and the late Oval Chambers.

In addition to his mother, Tony is survived by his step father: Thomas J. Lenhart, Sr.; siblings: Michael R. Ledford of Dayton and Bonnie (Randy) Mekelburg of Ft. Loramie; step siblings: Terry (George) Cecere of Centerville, Cindy (Mike) Koenig of Conover, Mark (Jenny) Lenhart of Botkins and Tom (Ami) Lenhart, Jr. of Sidney; special friend and guardian, who was like a brother to him: Brad Sterling of Piqua; and many nieces and nephews. In addition to his father, he was preceded in death by a step brother: Jay Lenhart; and his grandparents: Everett and Clarissa Ooten.

Tony was one of the first clients at S & H Products and attended there for over 30 years. He was a very Christian man who walked with God every day. Tony was always looking for ways to express his love of God and share it with others. He also enjoyed the Sidney High School band. The band allowed Tony to participate in band shows and parades. Tony loved his family, especially his nieces and nephew. He was deeply loved and will be greatly missed.