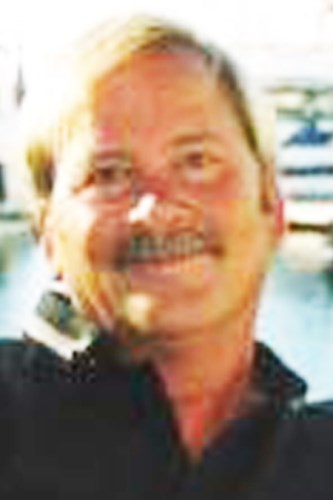 Alan Howard Baker was born on Jan. 21, 1951, in Sioux City, Iowa, the son of Eldon and Doris "Tootsie" Baker and middle brother to Curt and Kevin.

Childhood for Al consisted of constantly dodging his brothers, corn stalks, cow pies on the 'Muddy Mo' and not much else. He was in the hospital a lot. Stitches, broken bones and testing limits were a way of life for the Baker boys, particularly Al.

Soon after graduating from Central High School in 1969 and having a daughter, Melissa, with his high school sweetheart, mother and daughter moved south and Al headed west to the Colorado Rockies, where he developed skills as a carpenter and ski bum, then made his way north to the Canadian border in the Pacific Northwest and would never look back.

Being denied entry to British Columbia due to his pony tail and only enough currency for beer, Al and his traveling buddy, Greg Thompson retreated to beautiful Bellingham, Wash., in the northern corner of the state where he would unintentionally spark a mass migration of more than a dozen friends and family from Sioux City to the Northwest.

He developed a love for sailing, fishing and crabbing, later becoming known as "The Crab Man" for his prolific skills. Still in his mid 20's, Al became a licensed General Contractor, and his company, Baker Construction, built many homes that captured the spirit and warmth of the 70's.

Along the way, he found love again, and his son, Michael was born in September of 1980.

Following the death of his mother, Al returned to the Midwest briefly, then moved on to the San Francisco Bay, where he lived on a houseboat in Sausalito and trained to become a certified tug boat Deckhand, Engineer and Mate. The experience enhanced both his love of the ocean and work ethic.

Al returned to the Northwest and spent the only year of his life in a suit and tie, working for the Maritime Association in an office in downtown Seattle, which was as foreign to his adventurous nature as surprisingly traveling abroad and speaking another language.

Quickly back on the water, Al became a First Mate for the Washington State Ferries system where he helmed the San Juan Island routes.

With the security of a state job, restless Al turned his off-hours into a business that would end up being his career calling and passion. With the purchase of a single blade Wood-mizer, Al started Resource Woodworks Inc., which focused on repurposing salvaged old growth lumber. The business grew from a side hustle on borrowed farmland near his home in Friday Harbor to two acres on a century old sawmill site near the Port of Tacoma.

Around that time he also met and fell in love with Sheila Lindahl, who would become his partner and wife for the next 25 years. Together they raised Sheila's two children, Alicia and Kevin, whom he loved dearly and who provided him stability and a fulfilling family life.

Together they built their dream home, a timber frame overlooking the Puget Sound, where he would also develop lifelong friendships around the Sea Ray boating community based in Des Moines.

Throughout his life, Al loved sports of all types; he was especially passionate about the Seattle Mariners baseball and was a season ticket holder for an incredible decade that made for wonderful family memories. He will be lovingly remembered for his adventurous spirit, kindness, dependability, big personality and easy-going disposition. He made a lasting impression on everyone he met and demonstrated compassion, integrity and an unwavering loyalty to those he held close.

Published by Sioux City Journal on Jul. 4, 2021.
To plant trees in memory, please visit the Sympathy Store.
MEMORIAL EVENTS
To offer your sympathy during this difficult time, you can now have memorial trees planted in a National Forest in memory of your loved one.
MAKE A DONATION
MEMORIES & CONDOLENCES
0 Entries
Be the first to post a memory or condolences.