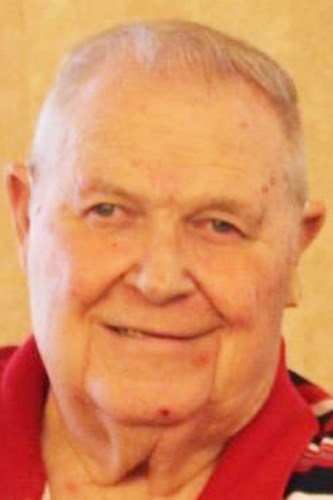 Per his wishes, there will be no services. Carol and Allan's cremains will be buried together at Lone Tree Cemetery in Sioux Rapids, Iowa. Waterbury Funeral Service of Sergeant Bluff is assisting the family with arrangements.

Allan graduated from Sioux Rapids Schools in 1952. He joined the U.S. Navy in1952 at the age of 17, serving in the Korean War. While in the Navy, he graduated from Aerographer's School and was assigned to the Fleet Weather Center in Yokosuka, Japan. He was released from active duty at age 20 and transferred to the Naval Reserves until 1960 when he was honorably discharged.

He married Carol Martin on Sept. 2, 1956. They enjoyed a long and happy marriage until her passing in 2019. To this union, two daughters, Pamela and Kimberly, were born.

Allan earned his B.A. degree from Buena Vista College in 1958 and began teaching in Glidden-Ralston School and Maurice-Orange City School. He earned his M.A. degree in Secondary School Administration from Northeast Missouri State University in 1968. Allan was an Elementary principal at Woden-Crystal Lake and an Elementary/Junior High principal in Eastwood Community Schools. After 20 years in the field of Education, he began a career in insurance with Allied until he retired in 1997. Of all of his jobs, he enjoyed teaching the most.

Allan enjoyed playing cards with friends and family. He especially enjoyed playing cribbage and euchre with Bob and Kim. Ever the record keeper, he kept score for an entire year to determine the "winner of the year." Allan loved playing practical jokes, telling jokes and performing card tricks.

Allan is survived by his daughters, Pamela and Kim (Bob Carnes); grandchildren, Brandy and her children, Amiah, Karis and Krayton; Shanda (Tony Antonopoulos) and their son, Perry; Rob (Sarah) Carnes; Jon Ferguson and his children, Joslan, Essence and Malakai; and Bryce Ferguson; brother-in-law, Earl Lehigh; and a sister-in-law, Jan Lee.

Allan was preceded in death by Carol, his wife of 62 years; his parents; two brothers; two sisters; and a grandson, Justin.

Memorials can be directed to Hospice of Siouxland. He appreciated the care they gave Carol before her passing.

Published by Sioux City Journal on Oct. 10, 2021.
To plant trees in memory, please visit the Sympathy Store.
MEMORIAL EVENTS
To offer your sympathy during this difficult time, you can now have memorial trees planted in a National Forest in memory of your loved one.
MAKE A DONATION
MEMORIES & CONDOLENCES
4 Entries
Allan was a Great Guy never missed a day to go visit his wife when she was alive , that is true love ! He will be missed!! I will always remember him . Always count on him for a joke and a smile..
Wendy Rayoum
Friend
October 11, 2021
So sorry for your loss Prayers for you and your family
Carole Dwyer
Other
October 11, 2021
Sorry for your loss, thoughts and prayers for your family.
Brad and Janine Stanton
Friend
October 11, 2021
May God bless you and your family in this time of sorrow.
ralph vondrak/ I am 89 and think this a good way
October 10, 2021
Showing 1 - 4 of 4 results