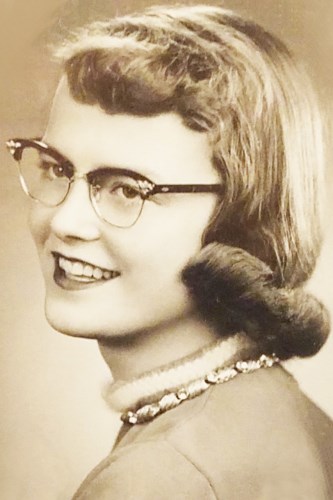 A Celebration of Life Service will be 1 p.m. on Friday at Calvary Lutheran Church in Sioux City. Burial will follow at Memorial Park Cemetery. The family will greet friends from 6 to 8 p.m. on Thursday with a prayer service at 7 p.m. at Meyer Brothers Colonial Chapel. Carol's celebration of life service will be live streamed at www.calvaryleeds.com

Carol Lucile, the daughter of Marlin and Astrid (Lundberg) Beck, was born April 5, 1940 in Lincoln Township, Hinton, Iowa. Carol's early years were spent between Hinton and Minnesota. In the middle of her senior year, she moved from Minnesota back to Hinton where she graduated as salutatorian from Hinton High School. Following high school, she began working.

On Nov. 23, 1968, Carol was united in marriage to Lyle F. Archer. Carol and Lyle made their home and raised their family in Sioux City. In the early 70s, Carol attended Western Iowa Tech (WIT) for bookkeeping and accounting where she graduated top of her class. She worked for MBS (Metal Building Systems), Messer Distributing and then Union County Fertilizer where she retired in 2004.

Carol enjoyed sewing, quilting, poetry and playing the piano. She was a great homemaker who enjoyed cooking, baking and her rose gardens. Carol was a very comical person who loved to joke. She was a member of Calvary Lutheran Church in Sioux City.