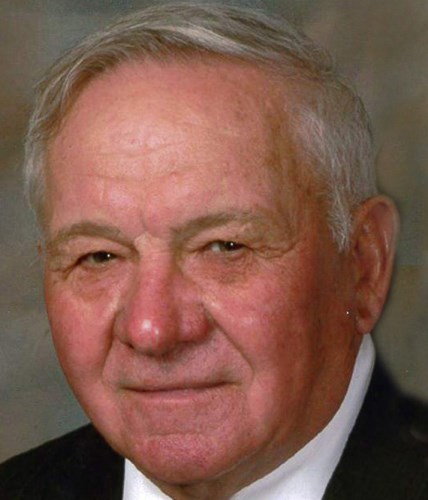 Charles "Chuck" Hinds, 86, of Des Moines, Iowa, formerly of Lawton, passed away peacefully in his sleep on Thursday, July 22, 2021, at Prairie Hills Assisted Living Community, surrounded by his family.

Services will be 11 a.m. Wednesday, July 28, at Community Presbyterian Church of Lawton, 417 E Birch Street in Lawton. Burial will be in Memorial Park Cemetery, 6605 Morningside Ave., Sioux City. Visitation will be 5 to 7 p.m. Tuesday, with a prayer service at 7 p.m., at Christy-Smith Funeral Homes , Morningside Chapel, 1801 Morningside Avenue in Sioux City.

Charles "Chuck" Hinds, the son of Willie and Alice (McNear) Hinds, was born on Dec. 25, 1934, near Anthon, Iowa. He attended country school in Anthon before moving to a farm near Bronson, where he attended a country school, then high school at Bronson. He graduated with the class of 1953.

Following graduation, he worked at Cashway Lumber and attended welding classes at the Central Annex in the evenings. He then started his four-year sheet metal apprenticeship at Modern Engineering in Sioux City.

On July 23, 1957, Charles was drafted into the United States Army as a Track and Wheel Mechanic. On July 24, 1959, Charles was honorably discharged.

After his years of service, Chuck returned to Modern Engineering and finished his metal apprenticeship. Chuck worked at Modern Engineering for 22 years before he started working for Fabricator's Inc., where he worked for 23 years until he retired in 1997. He was a member of the Sheet Metal Workers Local 3.

Chuck was a long-time member of the Community Presbyterian Church of Lawton. He loved the outdoors and enjoyed hunting turkey, coyote and deer plus trapping and fishing. On July 6, 2021, Charles and Carol celebrated their 65th wedding anniversary.

Charles is preceded in death by his parents, Willie and Alice Hinds; son, Jeffrey Hinds; and brothers, Paul "Pete" Hinds and Donald Hinds.