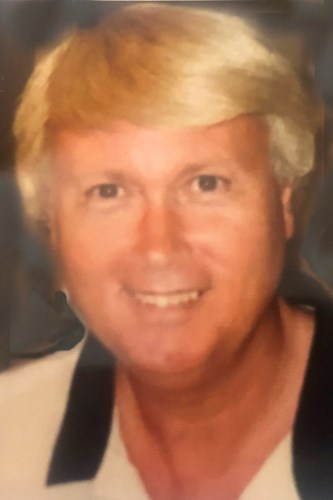 Donald Eugene Zimmer was born July 6, 1947, in Aurora, Ill., to Eugene and June (Pershing) Zimmer. They moved to Sioux City when Don was an infant. Don grew up in Leeds and went to Leeds High School. He graduated from Nettleton Business school and then went to work in sales for Color Tile. He quickly moved up to Manager and became the first co-owner of his store in US. In 1984 he left Color Tile and started his own company, Creative Carpets.

On Oct. 19, 1974, he married Kathy Hoffman in her home town of Burlington, Iowa. They resided in Sioux City and had three children, Stacie, Marcie, and Rob. His son, Rob, was able to take full-time care of him for the last six years at the same home he raised his family in as per his wishes.

Don had great pride in owning his own business and was very successful. Although work was extremely important, so was his family. He loved taking family vacations to lake Okoboji when the kids were young. When the family got older, they took more adventurous vacations. Some favorites were horseback riding and white water rafting in Colorado, and scuba diving in Cancun.

Don coached his son, Rob, in soccer and basketball, and never missed any of the children's sports activities or school events. He loved sports and was a life-long Iowa Hawkeye and Dodger fan from Brooklyn to LA. Don's daughters relished spending nights watching TV with him, and the whole family loved movies and going to the drive-in.

Don's hobbies included golfing, dog and horse racing, and music with his favorites being 60s and Elvis Presley. Don always kept a good sense of humor and enjoyed his dad jokes as well as inside jokes with his son, Rob. Don's pets were a big part of his life. From dogs and cats, to fish, hamsters, and a rabbit, his house was lovingly referred to as the Zimmer Zoo. The last several years he enjoyed sitting by the pool, seeing his grandchildren play, and watching movies with his son.

Don is survived by his ex-wife, Kathy, who also stayed by his side; daughter, Marcie Holzwarth and husband, Josh, and their children Cylas and Aviana; son, Rob, and his children Alyssa and Addison; sister; and nephew.

He was preceded in death by his parents; and oldest daughter, Stacie.

Published by Sioux City Journal on Nov. 24, 2021.
To plant trees in memory, please visit the Sympathy Store.
MEMORIAL EVENTS
To offer your sympathy during this difficult time, you can now have memorial trees planted in a National Forest in memory of your loved one.
Funeral services provided by:
Christy-Smith Funeral Homes - Larkin Chapel
MAKE A DONATION
MEMORIES & CONDOLENCES
Sponsored by Christy-Smith Funeral Homes - Larkin Chapel.
1 Entry
My prayers are with the family
Lorrie Jeffords
November 24, 2021
Showing 1 - 1 of 1 results