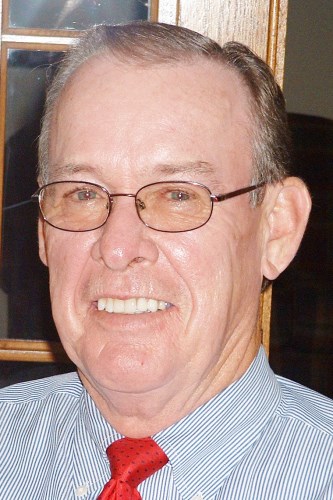 Douglas Eugene "Gene" Streeter had his last BV and told his last joke on Sunday, July 18, 2021. He passed away peacefully in his sleep after losing his battle with lung cancer, surrounded by his wife and daughters.

Services will be held on at 1 p.m. on Saturday at Immaculate Conception Church, 720 West Willow, Cherokee. Monsignor Kenneth Seifried and Father Dan Rupp will officiate. Visitation with the family present will be held from 4 to 7 p.m. on Friday at Boothby Funeral Home, 207 East Main Street, Cherokee. Online condolences may be left at www.boothbyfuneral.com.

Gene was born on Oct. 31, 1945, in Cherokee to Marius and Ruth Streeter. He attended college at Estherville Community College and worked as an insurance agent for Mass Mutual for 50 years. On June 10, 1972, he married RobN Teichman and raised three daughters.

Gene was an avid golfer, loved fishing, and had a special affinity for corvettes. He was happiest when surrounded by his close friends and family and never missed a cocktail hour. We will miss his colorful language, dirty jokes, and most of all, stories of the pranks he pulled during his life.

Gene was preceded in death by his father, Marius; his mother, Ruth; and brother, Michael "Butch" Streeter.

In lieu of flowers, the family requests memorials made to Cherokee Regional Hospice in memory of Gene.

To plant trees in memory, please visit our Sympathy Store.
Published by Sioux City Journal on Jul. 21, 2021.
MEMORIAL EVENTS
Jul
23
Visitation
4:00p.m. - 7:00p.m.
Boothby Funeral Home
207 E. Main St PO Box 1004, Cherokee, IA
Jul
24
Service
1:00p.m.
Immaculate Conception Church
720 West Willow, Cherokee, IA
Funeral services provided by:
Boothby Funeral Home
MAKE A DONATION
MEMORIES & CONDOLENCES
Sponsored by Boothby Funeral Home.
2 Entries
RobN, I extend my deepest sympathy to you and your family. I was truly saddened to learn of Gene´s passing. I have several fond memories involving Gene. Three of my favorites are: 1. Back in the mid `60s my brother Bill, Paul Staver and Gene offered to give me a ride home from an IC basketball game. Once I was in the back seat with Gene, they decided to take me to the CMHI cemetery, pants me and leave me there to get home on my own. As the started down the lane to the cemetery, I climbed up onto the rear window shelf and started clicking Gene who quickly yelled uncle and begged my brother to just take me home. 2. I always enjoyed getting to go pidgin hunting with those three guys. They would catch the pidgins alive and sell them to a guy in NYC for $.20/each. 3. While I was a senior at USD, Gene would often drive up to Vermilion for a weekend visit. He wasn´t visiting me, he was visiting RobN who I had introduced to him. Gene and I would trade cars for the weekend. He would drive my Pinto and I got to drive his Corvette. Those were the days. Thanks, Gene for all the memories. Rest In Peace.
Gerald Tallman
Friend
July 24, 2021
We are so sad to hear this news! Gene was such a great friend to us when we lived in Cherokee and even after we moved away. We are thinking of you, RobN, and pray that God gives you and your family peace and comfort.
Kris and Mike Hayes
Friend
July 21, 2021
Showing 1 - 2 of 2 results