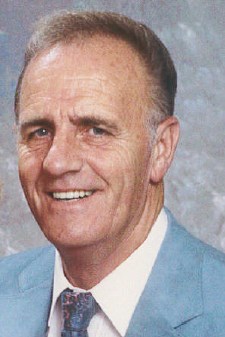 There will be a Celebration of Life from 2 to 3:30 p.m. on Saturday at the Dakota Dunes Country Club in the board room, located by the golf shop. Family requests casual and golf attire.

Hal was born on June 27, 1935, in Sioux City. He was raised by Gerald and Catherine McSparran in Sioux City and California. He graduated high school at Excelsior High in Norwalk, Calif., and attended San Bernardino Valley College.

On June 29, 1956, he married Darlene Harbeck at Crescent Park Methodist Church in Sioux City. They lived in California for 36 years before returning to the Siouxland area. They have three children, Gregory (Mara) McSparran of San Diego, Calif., Diana Eaves of Surprise, and Glenn (Elizabeth) McSparran of Murrieta, Calif. They also raised their granddaughter, Tiffany (David) Kissinger of Sioux City.

Hal was in the automotive aftermarket most of his life before owning San Diego Auto Body Specialties, an automotive paint store in San Diego. Upon retirement, they moved to Dakota Dunes in 1992. Hal was an all-around athlete and enjoyed playing and watching many sports. He coached many youth sports, especially golf. He was an avid golfer and loved to teach and help youth to enjoy the game of golf. Many would say they learned more than just the sport as he shared his wisdom and knowledge of life.

He is preceded in death by his parents; in-laws; a sister; two brothers; two brothers-in-law; and several aunts, uncles, nieces and nephews.