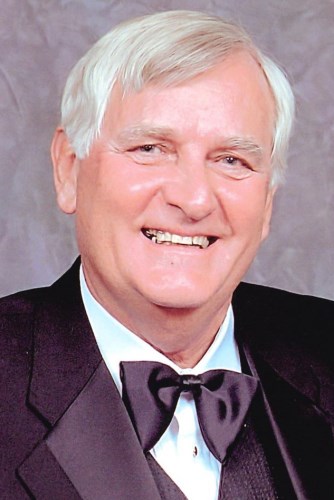 Per Jack's instructions there will be no funeral services. Meyer Brothers Colonial Chapel is assisting the family with arrangements. Online condolences may be directed to www.meyerbroschapels.com.

Jack was born on Aug. 26, 1940, in rural Woodbury County, Iowa, to Warren and Evelyn Conner. He grew up on several farms in Plymouth and Woodbury Counties. He started school in a one-room country school, and also attended school in Lawton, Iowa; Climbing Hill, Iowa; and Moville, Iowa, before graduating high school in Battle Creek, Iowa. Jack graduated from Morningside College in 1962 and earned a Master's in Business Administration degree at the University of South Dakota in 1964.

Jack married Judy Holleman in 1963, and they had a son, Michael, and a daughter, Cindy. In 1991 Jack married Phyllis Johnson and her sons Scott and Chris became a part of his family.

Jack worked for a few years in Rapid City, S.D., and Omaha, Neb., but most of his work career was in Sioux City. He worked for approximately 20 years at Williams & Company CPA's. In 1991, he was one of the founding partners of the Henjes, Conner & Williams CPA firm where he worked until his retirement in 2004.

He was preceded in death by his parents; and a brother, Kenny Conner.

Published by Sioux City Journal on Jan. 2, 2022.
To plant trees in memory, please visit the Sympathy Store.
MEMORIAL EVENTS
To offer your sympathy during this difficult time, you can now have memorial trees planted in a National Forest in memory of your loved one.
Funeral services provided by:
Meyer Brothers Colonial Chapel
MAKE A DONATION
MEMORIES & CONDOLENCES
Sponsored by Meyer Brothers Colonial Chapel.
1 Entry
My deepest condolences to Phylis and the Conner family. Jack was always my inspiration to "keep moving". May GOD be with all of you during this difficult time.
Cindy Rarrat
Friend
January 3, 2022
Showing 1 - 1 of 1 results