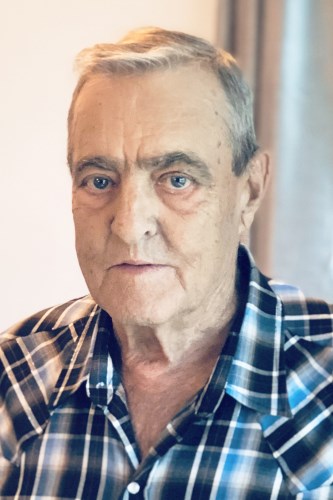 Service will be held at 11 a.m. on Saturday at Mohr & Becker-Hunt Funeral Home. Visitation will be one hour prior to the service. A private family burial will be at Omaha Valley Cemetery in Homer, following the service. Online condolences may www.meyerbroschapels.com.

Jimmie was born April 24, 1941, in South Sioux City to Roy and Mae (Miller) Madison. He was United in marriage to Frances Johnson on March 21, 1961, in Elk Point, S.D. Jimmie was a member of the Homer United Methodist Church. Jimmie was a farmer by trade "30 years." He was the second of three generations to till the soil on their family farm located west of Winnebago, Neb. He also was employed by the Homer filling station, Broyhills, Clark Brothers trucking, Buckley & Boyd International, Sioux City Stock Yards, and he retired from Merchant Sand Blasting and Painting in 2008.

Many say that Jimmie, for a lack of a better term, was "a Jack of all trades." He was a proficient mechanic, plumber, electrician, and carpenter and from these skills he built his home.

His home was where his family gathered. He took great pride in all he did. He took pride in his farming and after retirement he took pride in his front yard. There he enjoyed mowing and caring for his lawn, from cook outs to the family volleyball games, they all took place in his front yard. Jimmie was quite competitive, challenging his children and grandchildren to some very heated contests. Family was of the utmost importance to him.

The dining room table was a common gathering place for his family from lunches, holiday dinners, to the ever-exciting card game. This is where his house became a home.

He is preceded in death by his parents; and two sisters.