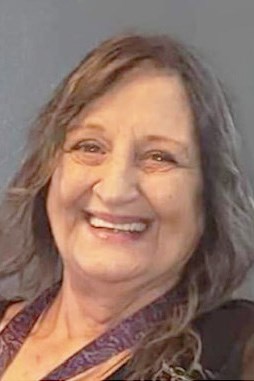 Services will be at 6 p.m. on Saturday at Mohr & Becker-Hunt Funeral Home. Visitation will be one hour prior to the service time at the funeral home. Online condolences may be directed to meyerbroschapels.com.

Karen was born the daughter of Dale and Wanda (Scadden) Grimm on Aug. 13, 1949. She attended South Sioux City schools and the Iowa School of Beauty. She found her soul mate, Billy Collins, and they have enjoyed the last 40 years together.

Karen worked in home healthcare for many years and was manager of BC Tower Erection since 1985.

Karen's greatest joy in life came from her music and spending time with her grandchildren and great-grandchildren. She was a lifelong country singer who could be found playing at local spots nearly every weekend. She was in a number of bands over the years. She also enjoyed keeping in contact with her sisters and extended family members.

She was preceded in death by her parents; and sisters, Connie, Patty, Sherry, Betty, and Margo.