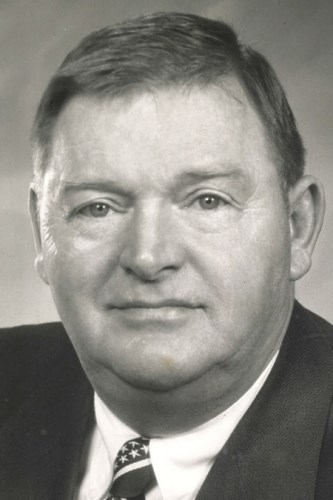 Memorial service will be 10 a.m. Friday, March 5, at First Lutheran Church with a visitation one hour before the service at the church. Mohr & Becker Hunt Funeral Home is handling the arrangements. Online condolences may be made to www.meyerbroschapels.com. There will be online live video access to the service via a link on the First Lutheran Church webpage, www.flcssc.org.

Lyle was born on March 17, 1940, in Hubbard, Neb., to John and Mary (Mackey) Todd. They moved to South Sioux City in 1942. Lyle attended school in South Sioux City, participating in all sports. He joined the Navy Reserve and after graduation in 1958, he went on active duty where he served on Navy destroyers for two years in the Mediterranean Sea until honorably discharged.

He returned home to travel while building towers and then worked for Northern Propane, becoming a plant manager in Jefferson, Iowa. He met Charlene Cain while both attended Morningside College and were united in marriage on Sept. 27, 1962.

In 1963, they came back to South Sioux City, and he worked as an iron worker on towers and buildings. He attend real estate school and earned his broker's license in 1963 to begin a long career of selling homes, becoming a partner in Town & Country Realty, and also building homes in South Sioux City and Dakota City.

In 1992, he joined Stinger-Albertson as a certified Residential Appraiser. In 1997, Lyle built Todd Store-All and Todd Reality, selling the business in 2016. During this time he was a Dakota County Commissioner and was instrumental in many economic development projects. He became an Admiral in the Nebraska Admirals Association, serving on Nebraska Governor Johann's Rural Economic Committee.

He loved the outdoors, especially he and his son's cabin on Lewis & Clark Lake at Santee. Lyle was an avid waterfowl and upland hunter in Nebraska and also traveling to South Dakota, Canada, Michigan and Arkansas for trips with son. He loved his yellow Labradors, Husker and Scout very much. His true joys were going catfishing and spending time in the duck blind with his many, many friends. His jokes and stories were continuous and only interrupted by the preparing of one of his fantastic meals.

After the passing of Charlene in February 2013, he became active again in First Lutheran Church and became reacquainted with Kristine Olson Bergstrom whom he knew and dated 53 years prior. They have been together ever since, attending church, working the Food Bank and enjoyed dancing and having coffee with friends.

Those left to honor his memory include his son, Eric Todd and daughter-in-law, Dawn of Maple Grove, Minn.; his granddaughter, Hannah Todd of Maple Grove, (who he was especially proud of); his special friend, Kris Bergstrom of Sioux City; and his sister, Carol Guillaume of Amarillo, Texas.

To plant trees in memory, please visit our Sympathy Store.
Published by Sioux City Journal on Feb. 28, 2021.
MEMORIAL EVENTS
Mar
5
Visitation
9:00a.m.
First Lutheran Church
Mar
5
Memorial service
10:00a.m.
First Lutheran Church
Funeral services provided by:
Meyer Brothers Colonial Chapel
GUEST BOOK
Sponsored by Meyer Brothers Colonial Chapel.
2 Entries
Rest in Peace Lyle. I have many good memories of Lyle, Char and Eric. With love, Cookie Guillaume Price
Roxanne Price
Family
March 1, 2021
Lyle was one of the most kindest, generous man I have ever met. Lyle & Kris were always so thoughtful of everyone and would do anything for anybody. I'm going to miss his jokes and loving nature.
Beverly Bates
February 28, 2021