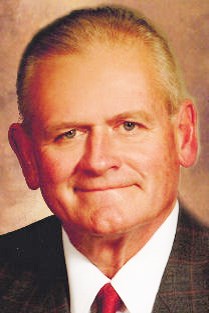 Michael K. Fleming, 67, of Sibley passed away peacefully on Monday, Feb. 1, 2021 at Osceola Regional Health Center in Sibley, surrounded by his wife and children.

Private Family Mass of Christian Burial will take place on Saturday at St. Andrew's Catholic Church in Sibley, with Father Siby Punnoose and Father Brian Feller as concelebrants. There will be a livestream link available to view at the funeral home's website. Burial will follow at the St. Andrew's Catholic Cemetery in Sibley. Public visitation will be from 4:30 to 8 p.m. on Friday at Jurrens Funeral Home of Sibley. Masks are required and social distancing guidelines will be followed. Family will not be present.

Michael graduated from Sibley High School in 1971. This is where he met the love of his life Lois (Marnach). They would be married in 1973 and spent 50 wonderful years together.

The year they were married the couple moved to St. Petersburg, Fla., where Michael began a promising career as a professional baseball umpire. He quickly moved up the ranks to the American Association and by age 24 had begun teaching the craft of umpiring.

In 1978, due to the unexpected death of his father, Michael and Lois returned to Sibley where they continued to grow their family and he started a lifelong career in the family business, Keith M. Merrick Company. In 2017, Michael was honored to receive a Lifetime Achievement Award from the Casket and Funeral Supply Association of America, where he served on the executive board and eventually was elected as the organization's President.

Michael has served the community he loved in a number of capacities. Coaching various youth sports teams, Kiwanis Club, bank Board of Directors as well as 22 years on the local board of education. Michael and Lois always found time to raise money for the community including chairing the Osceola Community Hospital's capital campaign and donating college scholarships for the arts and athletics for graduates of the Sibley-Ocheyedan school system. Michael was an active member of St. Andrew's Catholic Church.

To plant trees in memory, please visit our Sympathy Store.
Published by Sioux City Journal from Feb. 3 to Feb. 4, 2021.
MEMORIAL EVENTS
Feb
5
Visitation
4:30p.m. - 8:00p.m.
Jurrens Funeral Home - Walton Chapel
505 9th Street, Sibley, IA
Feb
6
Mass of Christian Burial
10:00a.m.
Live streamed at the funeral home's website
, IA
Funeral services provided by:
Jurrens Funeral Home - Walton Chapel
MAKE A DONATION
MEMORIES & CONDOLENCES
Sponsored by Jurrens Funeral Home - Walton Chapel Former Walton - Roste & Andringa Funeral Home.
1 Entry
Lois,
Our hearts are saddened here in California. I am so sorry that Mike has passed away. There is just no words to express our sorrow. I wish we could be there to give you a big hug. Please know we are praying for you and your family during this time of loss. I know you have tremendous faith and I’m hoping you feel God’s loving embrace and the strength of the Holy Spirit.
Love you all!
Jacqueline, Robert, Davis, Ethan and Nicholas
Jacqueline Masullo
Family
February 6, 2021
Showing 1 - 1 of 1 results