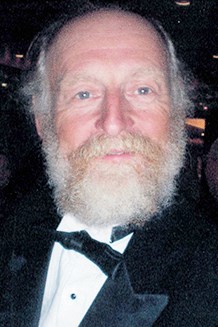 Roger M. Heinle, 71, of Sloan passed away Tuesday, June 8, 2021, at the Westwood Community High School in Sloan doing what he loves, running.

Service will be at 10 a.m. on Monday at the Skien Lutheran Church in Albaton, Iowa. Burial will be in the Sloan Cemetery in Sloan. Visitation will be from 5 to 7 p.m. on Sunday at the church. Arrangements are under the direction of Rush Family Care Service, Onawa, Iowa. Condolences may be left online for the family at www.rushfamilycareservice.com

Roger was born March 25, 1950, in Onawa, the son of Harold "Shorty" and Doris (DuBois) Heinle. He grew up on the family farm near Sloan and returned there to live in 1993. Roger graduated from Westwood High School in 1968. He went on to Iowa State University and graduated with a Bachelor's Degree and furthered his education with three more years. He was a lifelong farmer.

Roger enjoyed running, bicycling, racquetball, golfing, and track and field. He traveled all around the globe to track and field events. He ran the Boston Marathon three times with the first time starting at the age of 60. Roger hit 71 this year in March and ran 71 laps around the Westwood track. The tradition started when he was 54 years old, and he kept that tradition going every year by running a lap for every year of his life. He loved to run. Roger loved his family and especially his dogs. Roger enjoyed taking lots of pictures. There weren't very many pictures of Roger because he was the one taking the pictures.

He was preceded in death by his parents, Harold "Shorty" and Doris (DuBois) Heinle; and one brother, Richard Heinle.