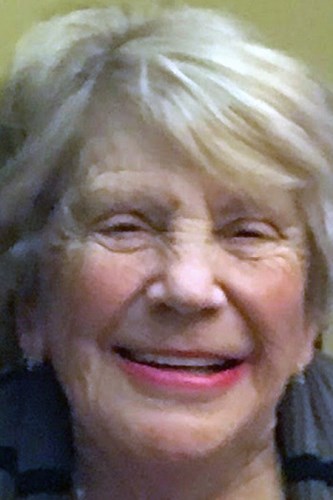 Mass of Christian Burial will be 10 a.m. Wednesday at St. Joseph Catholic Church, 1112 8th Street in Sioux City. Burial will follow in Calvary Cemetery. Visitation will be 4 to 8 p.m. Tuesday, with the family present 6 to 8 p.m., and a vigil service at 7 p.m., at Meyer Brothers Colonial Chapel, 3220 Stone Park Boulevard in Sioux City.

Sharon, the daughter of Lawrence and Myrtle (Johnson) Weber, was born Nov. 28, 1941, in Sioux City. Sharon was raised in Sioux City and graduated from Central High School in 1960.

On Oct. 23, 1965, Sharon was united in marriage to Roger Kann at St. Boniface Catholic Church in Sioux City. This union was blessed with three children. Sharon worked as a lunch lady at St. Joseph School for 25 years and also worked in the lunch program at Irving Elementary School. She served thousands of delicious lunches to school kids over the years.

Sharon was an active member of St. Joseph Catholic Church. She volunteered her time and energy to run the Bingo program at St. Joseph and volunteered to ensure that the fall and spring dinners held at church each year were always a great success. She also planned and served the Deanery Dinners held there each year. Sharon and her husband, Roger served as Eucharistic Ministers for St. Joseph Parish taking communion to the home bound for 20 years. In addition, Sharon was active with Hospice of Siouxland and received the Governors Volunteer Excellence award in 1987 for her volunteer work.

She was preceded in death by her parents; brother, Terry Weber; and sisters, Pat Anderson, Shirley Leyk, and Janet Graves.