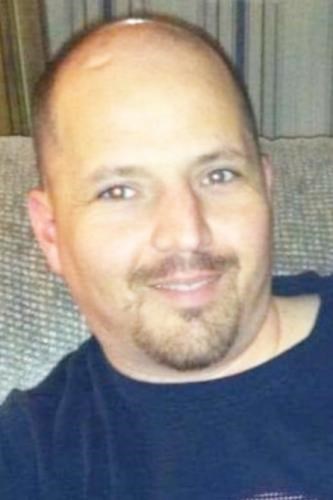 Celebration of life will be held from 2 to 5 p.m. on Sunday at M's Restaurant, 1021 4th Street, Sioux City. Waterbury Funeral Service of Sergeant Bluff is assisting with arrangements. Condolences maybe directed to the funeral home.

Thomas Allen Houts was born Nov. 3, 1977 in Frederick, Okla., the son of Allen and Esther "Sherry" (Allgood) Houts. Thomas liked to hang out with his father-in-law, Dennis and Grandpa Kelly Houts. He also enjoyed going to the movies with his best buddy Jim Greiner, and his children's sporting events.

He was an avid Sioux City Musketeers fan which he shared with his children for many year. He loved to watch Nascar Racing (Jeff Gordon #24 was his favorite). He also loved to mow Grandpa Kelly's lawn, for as long as his body would allow him to do so.

To plant trees in memory, please visit our Sympathy Store.
Published by Sioux City Journal on Jun. 9, 2021.
MEMORIAL EVENTS
Jun
13
Celebration of Life
2:00p.m. - 5:00p.m.
M's Restaurant
1021 4th Street, Sioux City, IA
Funeral services provided by:
Waterbury Funeral Service of Sergeant Bluff - Sergeant Bluff
MAKE A DONATION
MEMORIES & CONDOLENCES
Sponsored by Waterbury Funeral Service of Sergeant Bluff - Sergeant Bluff.
3 Entries
Going to miss you Thomas.
Kevin Miller
Friend
June 10, 2021
Austin, Our most sincere sympathy on the loss of your Dad. Death came way to soon for him and way too often for the Choquette family. God bless you in these difficult days. We send prayers and hope for peace with love of family and friends.
Bill and Renee Beacom
June 9, 2021
What a great pal. Will miss our talks and about nascar. Prayers to his family. Love uncle George
Uncle george
June 9, 2021
Showing 1 - 3 of 3 results