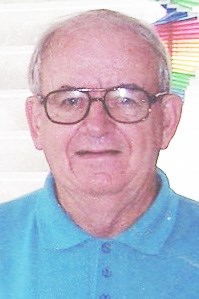 Walter "Keith" Carstens, 85, of Holstein passed away on Tuesday, Aug. 24, 2021, at the Good Samaritan Society of Holstein.

Keith lived life to its fullest. Whether working in the garden, puttering around in his shop, taking on odd jobs, mowing yards and shoveling sidewalks for neighbors, volunteering as a scout leader, or participating in community organizations, Keith loved to stay busy. But even more, Keith loved to spend time with his family. His kids remember the family playing board games, camping every weekend during the summer, playing outside, car vacations to visit extended family, swimming, going to the shop with him on Saturdays, and painting houses and corn cribs with him to earn money for college.

His grandkids, great-grandkids, and "extra grandkids" share fond memories of fishing, swimming, sledding, and having tea parties with tea, pop, and cookies with their grandpa. (Keith loved drinking pop and eating sweets!) And after raising their family, Keith and Sylvia spent time together traveling, having movie nights, volunteering, starting a craft and woven lawn chair business, and hosting the family for holidays and summer work weekends. Keith was always there, always present, for family.

Walter "Keith" Carstens was born on Sept. 27, 1935, to Walter William and Wilma Mae (Ewing) Carstens in their home in Hartington, Neb. Weighing just over two pounds at birth, he spent the first several months of his life in an incubator in a Yankton, S.D., hospital. He was described as a miracle baby in record books in both Nebraska and South Dakota. Keith always felt he survived for a reason. He felt there must be some purpose to his life, and he tried to live with this in mind. As an adult, he carried a card in his wallet, printed with a paraphrased excerpt from a Forest Witcraft essay about being important in the life of a child.

Keith's strong work ethic and devotion to family started developing at a young age. When Keith was 14, his father passed away, and as an older brother to three sisters and one brother, Keith did what he could to help his mother and his grandfather with the family, working in the local movie theatre until he graduated from Hartington High School in 1953. Keith then worked his way through college by lifeguarding and managing a swimming pool in Pender, Neb., and by working in the college cafeteria, where he met Sylvia. He earned his BA plus 30 hours towards his masters at Wayne State Teachers College, graduating in 1957.

Keith was united in marriage to Sylvia Ann Konopik on Dec. 27, 1956, in Bancroft, Neb. The births of their four children, Deb, Linda, Pam, and Mike, quickly followed.

In 1957, Keith began his first, and what turned out to be, his only teaching job. He taught industrial arts and driver's education in the Holstein Community School District, where hundreds of young men and women learned drafting skills, electrical skills, how to build a grandfather clock or a wooden purse, or how to drive a stick-shift under Keith's guidance. He retired from teaching in 1997.

Keith dedicated his life to volunteerism and being active in the community. He was a 50-year member of Masonic Alpine Lodge #471 as well as Order of Eastern Star, and he held many offices in both organizations throughout the years. He was a charter member of the Holstein Kiwanis and held many offices in the local club in addition to serving as District Lt. Governor Division 5 for two terms. Keith was involved in the Holstein Scouting Program for 60 years, earning many awards as an adult scout, including the highest award, the Silver Beaver, and serving as a Webelos leader for 40 years. He was a member of the Holstein Heritage Foundation (Country Schoolhouse Museum). Keith was also an active member and volunteer for the United Methodist Church of Holstein.

Keith passed away peacefully after a brief bout of pneumonia and declining health due to Parkinson's disease. In the last few years of his life, Sylvia was his devoted caretaker, enabling him to live happily in their home until the last month of his life. Keith has left his family with a legacy of love and many beautiful memories.

He was preceded in death by his parents; sisters, Donna Miller and Kay Bakken; brother, William "Bill" Carstens; father- and mother-in-law, Lumir and Lillian Konopik; and brothers-in-law, Leo Murray and Alvin Konopik.

The family would like to thank the staff of the Good Samaritan Society in Holstein, the Cherokee Regional Hospice staff, the staff of Horn Memorial Hospital in Ida Grove, and Holstein Fire and Ambulance volunteers for their care and compassion during Keith's illness. The family would also like to thank Nicklas D. Jensen Funeral Home in Holstein for being in charge of the funeral arrangements and for all of their help, patience, and kindness, and Pastor Dori for officiating the service and for her spiritual leadership.

In lieu of flowers, donations may be made to Holstein Fire and Ambulance and the Holstein United Methodist Church. Undesignated donations will be distributed to these two organizations and used to purchase equipment for the new industrial tech program in the school where Keith taught for 40 years.