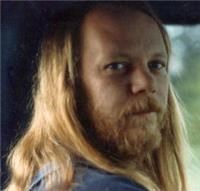 Alan was born in Springfield, MA to Bill and Peggy Schermerhorn.

At a young age, Alan and family, moved to Spokane, WA. With the addition of cousin Jerry, he had 8 siblings.

At the age of 17, Alan and Jerry joined the Army stationed in Germany. He was honorably discharged.

He proudly joined the Conway American Legion Post 147 and the Stanwood Post 92, consecutively. He was also a proud member of the Stanwood SAL.

He moved to the Pacific NW where he married and fathered three boys; Michael, Jerry and Tim.

He had a varied career; working as a draftsman for the RR, salesman for McBee Corp. and for Schick, Inc. where he was a top salesman.

During these years he raced motocross and trials and formed the Snohomish Motorcycle Club winning many trophies.

He left the Everett area, moving to Decatur Island with his boys and managed the cabins on the island.

He met Fred Cayou of the Swinomish Tribe who brought him to La Conner and welcomed him into his family He was loved by many of the tribe.

Alan bought a float shack and made his home on the Skagit River, marrying Karen Anderson, fathering William and Jonelle, and spending 39 wonderful years living in Conway.

Alan was a gentle soul with an adventurous spirit. He liked to whitewater raft, hike, fish and boat. He loved football (especially college) and the Seahawks.

He fought fires and planted trees for Scott Paper and loved to log with friends and his wife.

Alan was an artist who was honored with his Fishtown friends at the Mona Museum of Art in 2010.

His greatest love was his family and his home.

Alan was preceded in death by his parents, brother Dave and wife Sheri and brother Jim.

He is survived by his children: Michael (Roxanna), Jerry, Tim, Jonelle, and William; grandchildren; Riley Cruz and Miriah March; sisters; Kim, Susan, Bonnie, and Beth and their families.

Alan was a rare gem who will be missed and loved by his whole community.
To plant trees in memory, please visit our Sympathy Store.
Published by Skagit Valley Herald from Nov. 2 to Nov. 4, 2018.
MEMORIAL EVENTS
Nov
9
Memorial service
3:30p.m.
Stanwood American Legion
26921-88th Ave. N.W., WA
MAKE A DONATION
MEMORIES & CONDOLENCES
4 Entries
Sorry Karen for your loss.
Cindy Miller
December 4, 2018
My condolences, but please find comfort knowing that God can be a refuge for us during these hard times (Ps 9:9)
November 6, 2018
Let the time spent together as a family draw you closer to one another during this difficult time of pain and sorrow, and may the God of loving kindness and comfort strengthen you.
N.L.
November 4, 2018
So many memories from a distant time. Peaceful thoughts to all.
Sherry Bullard
November 3, 2018
Showing 1 - 4 of 4 results