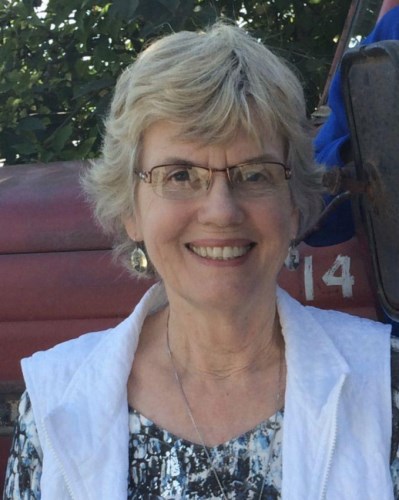 Born in Seattle to John and Ruth Connell, Barbara lived in Lake Forest Park before moving to Mount Vernon in 1952. There, she attended Emmanuel Baptist Church where she met her future husband, Clarence Rozema of LaConner. She graduated from Mount Vernon High School in 1962 and from Seattle Pacific College in 1966 with her teaching credential and a BS in Marine Biology.

Barbara married Clarence in 1966 and made her home in Bay View, WA near the family boat business. She taught first grade at Madison Elementary in Mount Vernon and then at Lucille Umbarger in Burlington until the birth of her first child (Dirk Rozema) in 1970. Two more boys followed (Jason and Nate Rozema) and Barbara threw herself into raising her children and helping her husband manage the family boat business, all the while working in her church and supporting her children's education. As her family grew, Barbara's roles continued to evolve. She became a mother-in-law, and then a grandma. Barbara was passionate about her grandkids and loved being a grandmother.

Barbara is remembered for her spirit, her infectious laugh, and for her gift of seeing good in others. Generous in every sense, she consistently offered unconditional acceptance, even in challenging circumstances. Barbara made an art of making space for others. Even as she worked for the family boat business, she understood herself as a teacher, never missing an opportunity to invest deeply in the possibility and potential of those around her.

Barbara lived a life profoundly influenced by her faith. Always a seeker, she was actively involved in Bible Study Fellowship, both as a participant and as a leader. Throughout her life, she sought to live an intentional life transformed by her relationship with God.

Too early, Barbara's life began to be impacted by dementia, dementia that colored her final years.

Barbara is preceded in death by her husband Clarence, her parents, and her sister Alice Knight.

A public graveside service will be held for Barbara Rozema on Thursday, July 22, 2021 at Bayview Cemetery at 11:00AM. Arrangements are under the care of Kern Funeral Home of Mount Vernon.

Published by Skagit Valley Herald from Jul. 21 to Jul. 22, 2021.
To plant trees in memory, please visit our Sympathy Store.
MEMORIAL EVENTS
To offer your sympathy during this difficult time, you can now have memorial trees planted in a National Forest in memory of your loved one.
Funeral services provided by:
Kern Funeral Home
MAKE A DONATION
MEMORIES & CONDOLENCES
Sponsored by Kern Funeral Home.
0 Entries
Be the first to post a memory or condolences.