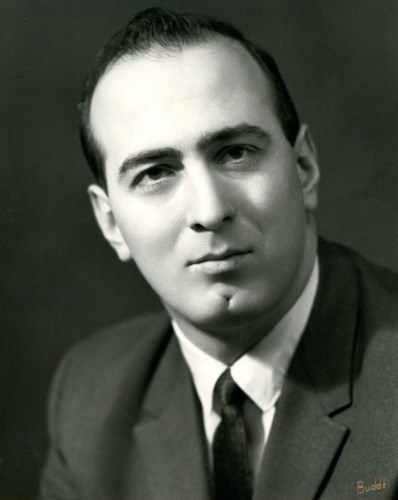 BORN
1937
DIED
2021
FUNERAL HOME
Evans Funeral Chapel - Anacortes
1105 32nd Street
Anacortes, WA
Anacortes - Densley Palmer died July 7, 2021. He was born in 1937 to Harley Van (Jack) and Gertrude Irene McMullen Palmer in Portland, Oregon. He had one brother, Robert Palmer, who died in 2010. Densley, or Denny, as he went by most of his life, attended public schools in Portland, including Portland State College, Lewis and Clark College, and the University of Oregon. He spent his career in higher education as a psychologist and educator.

On December 26, 1959, Densley married Joyce Eileen Fields, a Kellogg Elementary School, Franklin High School, and Lewis and Clark College classmate. Joyce and Denny spent their married life on the west coast, moving between graduate study and employment, with, Densley receiving an MA and PhD in counseling from University of Oregon in 1965. Prior to his retirement from Linfield College in 1999, he held positions at Everett Community College, University of Washington Medical School, and Linfield. Densley was named Director of Counseling Services emeritus upon retirement from Linfield.

Densley and Joyce's children and families are Jocelyn Palmer, Clark and Patty Palmer, and Diana and Enrique Tessada. In addition, Densley and Joyce have a rich honorary family of lifelong friends and other special people including Lisa Palmer. Densley leaves behind four grandchildren Brenna, Briana, Madison, and Zachary.

Beyond family, core to Densley's life was his love of music and writing. Densley's writing and poetry mark his spiritual path over his adult life. His many decades of writings highlight his wit, love of words, and ability to tenderly consider complex and difficult subjects. His poems focus on employing inclusive language when referring to God, conveying the unity of creation's many parts, identifying the continuous unfolding of creation, and considering the views of the inherent and transcendent nature of sacredness. Densley's love of music revealed itself through a lifetime of participating in choirs, applying poetry to hymns in the pursuit of inclusion, and the ability to play virtually any musical instrument.