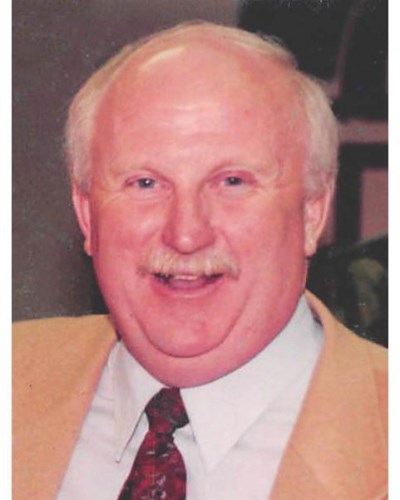 Doug was a man of faith who reflected the light and love of Christ. His journey was defined with many attributes, such as integrity, compassion, generosity, wisdom and a witty personality that often reflected his keen sense of humor. However, and above all, Doug put the needs of others first.

The Lord gave Doug a good life. For over 5O years Doug was married to his one true love, Lois. They experienced a wonderful life together. This union was intertwined with laughter, joy and a faith capable of moving mountains. Doug was very close to his daughter Deanna, son-in-law Mitch and his two beautiful granddaughters Lauren and Christina.

Doug was a veteran. He served his country as a US Army Signal Corps officer during the Vietnam War. Throughout his life, Doug remained a patriot. He flew his American flag every day, and spent hours talking with other veterans. There was never a day when Doug did not humbly give thanks to God for bringing him home.

After the war, Doug earned a degree in business and worked as an executive throughout his career. He had a talent for his profession and enjoyed many successes along the way.

Doug did not back away from a challenge. He ran marathons, climbed mountains and sang with various choruses and ensembles with an exquisite tenor voice. To hear Doug sing was a thrill and a blessing.

Grief is hard. However, the hope and knowledge of being together again is a gift that can never be eliminated. There is no victory in death. Death is swallowed up in victory, "Oh death where is your sting?" (l Corinthians: 15-5).

Doug was preceded in death by his parents, two brothers, his son and his beloved wife, Lois.

To share memories of Doug, please visit: www.evanschapel.com/obituary/douglas-Sobek
Published by Skagit Valley Herald from Jul. 13 to Jul. 22, 2021.
To plant trees in memory, please visit the Sympathy Store.
MEMORIAL EVENTS
To offer your sympathy during this difficult time, you can now have memorial trees planted in a National Forest in memory of your loved one.
Funeral services provided by:
Evans Funeral Chapel - Anacortes
MAKE A DONATION
MEMORIES & CONDOLENCES
Sponsored by Evans Funeral Chapel - Anacortes.
0 Entries
Be the first to post a memory or condolences.