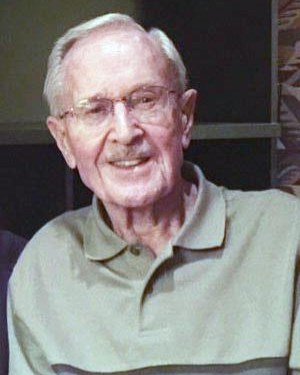 Howard Henry Harjes passed away peacefully, of natural causes, in his home with his family by his side on June 20, 2021.

Howard was born May 16, 1931, in Turin Iowa, one of six children born to Fredrick and Martha Harjes. The family moved to Brainerd, Minnesota where they grew up on a dairy farm, and then moved to Nisswa, MN where they owned and operated a milk pasteurizing plant. As kids growing up working on the farms, they learned strong work ethics and enjoyed fishing and hunting along the Mississippi River. He graduated from Washington High School where he enjoyed singing in the school and church choirs. He attended Brainerd Junior College where he majored in chemistry and math and played basketball which was his favorite sport. He joined the US Air Force in 1951. After three months at Fort Sam Houston in Texas, he was transferred to Upper Heyford Air Force Base in England during the Korean War where he continued his education in pharmacy and was put in charge of creating the first pharmacy on the base in an empty building. His time in the Air Force allowed him to travel to Germany, Scotland and various other places.

He met Shirley, the love of his life, in England and she bravely traveled from England on the Queen Mary to New York where Howard was waiting for her and they drove to Angola Indiana, where they were married on January 15, 1955. They continued to drive across the country to Minnesota to meet his family and then on to California where he completed his military duty at March Air Force Base. After being discharged as a Staff Sergeant in August of 1955, they moved to Moorhead, Minnesota where he attended North Dakota State University to complete and earn his degree in pharmacy. After graduating top of his class in 1958, he was sought out by Oak Harbor Pharmacy where he began his first job as a pharmacist.

Their first daughter, Denise was born in 1956, and became the light of their lives as they discovered the joys of being parents. They lived in Oak Harbor until 1962, at which time they moved to Mount Vernon and he joined Wells Drug Store as a pharmacist. Their second daughter Lisa was born making their family complete and Howard and Shirley resided in their family home where they lovingly raised their girls until their passing.

Howard's career led him to Pay n' Save when it first opened and he remained there as the store transitioned to Payless and now Rite Aid. He retired in 1996, but was eventually talked into joining the Fred Meyer pharmacy team where many of his past co-workers now work and he enjoyed another 15 years working part time until he was 80 years old. He always enjoyed working with the community and getting to know his customers. He had said the last 15 years of working were the best as it was fun without all the pressure that came with working full time.

Family was of utmost importance to Howard and time spent with Shirley and his girls was cherished. Square dancing with his bride was a favorite activity as well as trips to England and family vacations to Penticton, Canada to have fun swimming and playing on the sandy beaches with his girls. He and Shirley loved their annual trips to Hawaii to relish the beauty, peace and quiet time they both loved. He found pleasure in gardening and everyone enjoyed their beautiful backyard garden that was brimming with gorgeous flowers and hanging baskets. He loved golfing and enjoyed spending many hours on the course with friends and family and loved watching his grandson Shane play golf throughout his school years. His favorite pastime was watching basketball, especially the Gonzaga Bulldogs, of which he never missed a game. The family had many dog companions over the years and he enjoyed his daily walks with his favorite, Lucy who was by his side from the day she joined the family.

As a Dad, he was amazing and patient and was always there for his girls spending many hours teaching them life lessons, playing games, attending school events, helping with school projects and homework, especially math. He was man of integrity and honor and so genuine and honest. He instilled in them his good morals and values and taught them how to be responsible, work hard, respect others and always treat people with kindness. Everyone that knew him said he was the kindest man they ever met and he lived that out daily, always looking out for everyone and helping in any way that he could.

Welcoming grandchildren to the family brought another level of joy and meaning to his life. In 1991, grandson, Shane, was born to Denise and Mike, and granddaughter, Lauren, followed in 1994. Howard and Shirley were thrilled at having grandchildren and their lives changed as they embraced their new role as grandparents. They spent countless joyful hours helping out and attending every school and sports function as well as babysitting both over the years. Shane and Lauren brought such happiness and he was so very proud of them as he watched them grow into loving young adults.

Howard's strength, unfailing love and loyal devotion to his family ran deep and showed in everything he did. In his later years, even as he suffered terribly from debilitating back pain; he continued his heroic and steadfast care for Shirley as her health declined. His encouraging spirit and positive attitude never wavered in all that he did. After Shirley's passing on Jan. 1, 2020, he continued to have that same positive attitude and was able to stay in the family home. After a fall in December 2020, he needed in-home care so family and caregivers Lauren, Kerri and Gabby all stepped in to make sure he was well cared for and happy. He appreciated and enjoyed his time with everyone and especially loved Kerri's soft boiled eggs on toast every morning.....special thanks to all for the love and care you showed Dad. His goal was his 90th birthday which he celebrated on May 16th with family and close friends. As his back pain increased, Hospice stepped in to help manage his pain and he eventually passed peacefully in his sleep with Lisa by his side on Father's Day.

We have lost a remarkable spirit and a devoted husband, father and grandfather. His life was spent doing what he loved, honoring his family, and helping others and the world is a better place because of Howard. His legacy will live on in the hearts and souls of all lives he touched with his kind and gentle soul. He will be greatly missed by family and friends. He will be remembered as a wise and humble man who accepted life and suffering with a positive attitude and a grateful heart until his last day. We were so blessed to have him in our lives and although he is gone, he will always be with us, safely tucked into our hearts and minds. His spirit will live on and our lives are greater because of his kindness, his deep love and his caring compassion that will live on in our hearts forever. God Bless you Dad....you will always be our Hero....may you rest in peace until we meet again.

Howard was preceded in death by his wife of 65 years Shirley (2020), and son-in-law, Lee Newman (2013); his parents, Fred and Martha; brother, Bruce and wife Delores; sister, Louise and husband Richard; sister-in-law, Donna (married to brother Jerry) and many special loving pets.

The family would like to extend their thanks and gratitude to his wonderful caring physician of many years, Dr. Roger Estep whom Dad trusted and loved and Hospice of the Northwest for their care during his final days as well as Connie LeSourd at Kern Funeral Home. Special thanks to Dr. Nathan Martin and Dr. Nicholas Martin and staff at the Country Clinic for their care and home visits.....you are an amazing team that helped Dad in so many ways and your friendship meant the world to him. Many thanks to his pharmacy family at Fred Meyer especially Rick and Debbie, who spent precious time visiting and had a very special place in his heart.

In keeping with his wishes, there will be no funeral services per his request and will be laid to rest in a private family ceremony. In lieu of flowers, donations may be given to the Hospice of the Northwest (227 Freeway Drive, Suite A, Mount Vernon, WA), Humane Society of Skagit Valley (18841 Kelleher Road, Burlington, WA 98233) or Saving Pets One at a Time (PO Box 211, Burlington, WA 98233).

You may offer your condolences and share memories of Howard to his family online at www.kernfuneralhome.com Arrangements are through Kern Funeral Home, Mount Vernon. 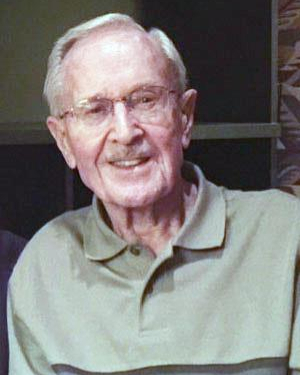 Published by Skagit Valley Herald from Jul. 16 to Jul. 17, 2021.
To plant trees in memory, please visit the Sympathy Store.
MEMORIAL EVENTS
To offer your sympathy during this difficult time, you can now have memorial trees planted in a National Forest in memory of your loved one.
Funeral services provided by:
Kern Funeral Home
MAKE A DONATION
MEMORIES & CONDOLENCES
Sponsored by Kern Funeral Home.
0 Entries
Be the first to post a memory or condolences.