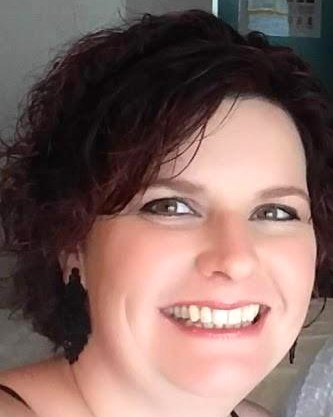 Jewel was born 8/6/1974 in Camp Springs, Maryland at Andrews Air Force Base where her dad was stationed. Two years later her family moved to Anchorage, Alaska where she lived for the next seven years with her family. She attended Chester Valley Elementary and won the prestigious John Phillips Sousa Award for outstanding musical ability. Her family moved from Alaska to Kirkland, Washington in 1984 and she attended Kamiakin Middle School, then Inglemoor High School graduating in 1992.

She worked for the Bellevue Red Lion initially as a front desk agent, then as the Night Auditor, and finally as House Keeping Assistant Manager. She married Shane Willcox in 1996. Their son Taylor was born in 1998 and son, Cole was born in 2009. During that time, she worked a variety of jobs following her husband's career. In Klamath Falls, Oregon she was the Assistant General Manager for the Hampton Inn, an HR assistant in Lane County, Eugene, Oregon, and an HR assistant at Flagstaff Medical Center in Arizona. Jewel was very quick to learn anything new, excelled at all computer user programs, and was rapidly promoted within every company where she worked. She was a Residential and Commercial Property Manager, Office Manager and Executive Assistant to several CEOs.

Her major love was travel. After her cancer diagnosis in 2013 she refused to "put off" any trips and began by taking her sons and nieces to Disney World in the spring of 2014. She planned and traveled the Mediterranean, Maui and Kauai in Hawaii, different locations in the Caribbean a couple of times, Las Vegas for a girl's weekend, Upstate New York and Niagara Falls, a Baltic cruise and her parents 50th Wedding Anniversary family trip to the Florida Keys. Travel was almost a pilgrimage for her as she visited Rome and Venice. She loved experiencing different cultures, tasting different foods and observing customs of other countries and locals.

For the last 5 or more years, Jewel had a tradition of baking cookies as gifts for Christmas. She would bake a dozen varieties of colorful, yummy cookies, box them up and give or mail them to her special people. She posted the process on social media so folks knew they were coming. Her cookies were sometimes mistaken for bakery specials as they were so pretty and packaged so nicely. She always included the oncology staff in those goodies.

Being a pragmatic optimist proved to be her super power. With such a devastating diagnosis at the age of 39, she never asked "Why Me?" In fact, her attitude was "Why not me? It happens to other people out of the blue, so what makes me so special that it wouldn't happen to me?" She was also very candid with anyone who wanted to know what was going on. She endured seven and a half years of treatment with little or no complaint. Even at her sickest she was still easy to help, patient in the least likely times, and a pleasure. She will be missed.

Arrangements are under the care of Hawthorne Funeral Home, Mount Vernon, WA.

Published by Skagit Valley Herald from Jul. 18 to Jul. 19, 2021.
To plant trees in memory, please visit the Sympathy Store.
MEMORIAL EVENTS
Aug
8
Celebration of Life
1:00p.m.
the family home
1550 Woodland Drive, Mount Vernon, WA
Funeral services provided by:
Hawthorne Funeral Home - Mount Vernon
MAKE A DONATION
MEMORIES & CONDOLENCES
Sponsored by Hawthorne Funeral Home - Mount Vernon.
6 Entries
Lighting a candle in loving memory of Jewel. We shall remember you-always.
July 15, 2021
I met Jewel in high school and her kind nature radiated through that beautiful smile. I use to tell her that smile was like a sunrise! I love you, Jewel and you shall be missed here among us.

Loving prayers to Jewel and her dear loved ones.
Stacy Crist (Valdez)
Classmate
July 15, 2021
Phyllis and Jimmy, my heart breaks for all of your family. I have such fond memories of our time together in Anchorage. I pray God will give you strength and comfort as you grieve the passing of your beautiful daughter.
Mary Touchton
Friend
July 15, 2021
Her light will surely continue to shine brightly. I feel incredibly Blessed to have met her, and each of you. You will forever hold a special place in my heart. Prayers for Peace and healing in the weeks and months ahead.
Jenni F
July 15, 2021
I went to high school with Jewel. All I can say is her smile and laugh has always been infectious. We chatted via FB here and there, but I will always remember her laughter. Rest well friend.
Amy Fletcher
Friend
July 15, 2021
Phyllis and Jimmy, I am very sorry to hear about the loss of your beautiful daughter. May God hold you in his light. Prayers for you all.
Rusty Long
Friend
July 15, 2021
Showing 1 - 6 of 6 results