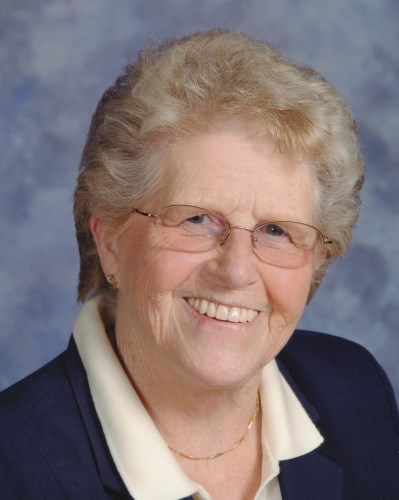 BORN
1934
DIED
2021
FUNERAL HOME
Westford Funeral Home & Cremation
1301 Broadway
Bellingham, WA
Bellingham - Joan Lorraine Marcus, age 87, passed away peacefully surrounded by her family on July 18, 2021 in Bellingham. She was born (at home) in Chapman Camp located in Kimberly, British Columbia to Arthur and Henrietta Southwell on May 16th, 1934. Joan was educated in Victoria by the Sisters of St. Ann's, the same school attended by her mother. In her late teen years Joan qualified and served in the Royal Canadian Air Force reserve. Among other unique things she learned was how to write backwards on transparent display facilities identifying aircraft and their location, for military purposes, including the surveillance activities of the Air Force in patrolling Canada's north. As information came through, she would record it so the front-line leaders and flyers would get it immediately versus having it transcribed, etc. for distribution. These were the years when the DEW line (Distant Early Warning) was put in place to protect/alert Canada and the United States of intrusions in our respective air spaces. She was justifiably proud of the work she did in this realm. Joan was a pharmacy technician for many years at Horen's Pharmacy in Burlington. In earlier years Joan was an avid square dancer with the Rainbow Squares and also enjoyed gardening, coloring and puzzles. Joan was an active member and volunteer at Sacred Heart Catholic Church. She was a loving mother and grandmother and a joy to spend time with. Joan was preceded in death by her brothers Jack and Fred Southwell and an infant daughter Anita Marie. She is survived by her four children, Dave Marcus, Donna (Fred) Olmsted, Deanna (Brian) Kenney and Brian Marcus, grandchildren Dan, Gene, Ben and Michelle Marcus, Chris (Kristin) Engbrecht, Brittany Engbrecht (Joel Kalt), Beth (Chris) Eddy, Erie Kenney, Joseph (Ashley) Kenney, Katherine Kenney, great-grandchildren Leon, Eva, KatieJo, Khloe, Kallie and Addy, brother Tony (Darlene) Southwell, former husband Paul (Karin) Marcus, and many loving relatives and friends. Services will be held at Sacred Heart Catholic Church on Thursday, July 29th. The Rosary will be prayed at 10 AM followed by an 11 AM Mass of Christian Burial. Reception will follow at the church hall. You may share memories with the family at www.westfordfuneralhome.com.
Published by Skagit Valley Herald from Jul. 21 to Jul. 22, 2021.
To plant trees in memory, please visit the Sympathy Store.
MEMORIAL EVENTS
Jul
29
Rosary
10:00a.m.
Sacred Heart Catholic Church
1110, Bellingham, WA
Jul
29
Mass of Christian Burial
11:00a.m.
Sacred Heart Catholic Church
1110, Bellingham, WA
Funeral services provided by:
Westford Funeral Home & Cremation
MAKE A DONATION
MEMORIES & CONDOLENCES
Sponsored by Westford Funeral Home & Cremation.
1 Entry
Starting in the 70s when your family lived on Cornwall up until recently when she lived across the street from my mom, your mom has always been so good to me. She always greeted me with a beautiful smile and a kind word. My condolences.
Katie McLane
Friend
July 23, 2021
Showing 1 - 1 of 1 results