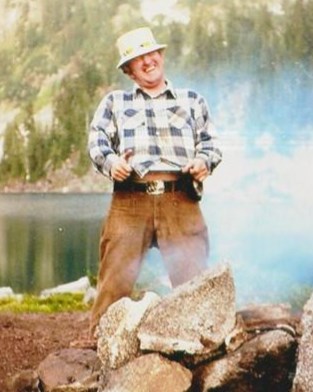 BORN
1943
DIED
2020
FUNERAL HOME
Hawthorne Funeral Home - Mount Vernon
1825 E. College Way
Mount Vernon, WA
Mount Vernon - Rex Vernon Ward passed away November 15th, 2020 in his home of 45 years. The very home he had helped his father build with his brothers. He was born on April 28th 1943 in Los Angeles, CA and relocated to Mount Vernon, WA with his mother and father where they built a home in 1951.

He is survived by his wife Martha Ward whom he shared a loving union with for 47 years.

Rex graduated from Mount Vernon High School the class of 1961, he went on to study auto mechanics at Homer Heller Ford in Vista, CA and maintained vehicles for the City of Mount Vernon for several years. He continued sharing his skill by doing side work on vehicles for friends and family for many years. He then moved on to Skagit County Public Utility Department (PUD) where he traveled around the county reading water meters, he knew the county like the back of his hand and made friends with the neighborhood dogs by feeding them plenty of treats! He retired from PUD in 2008 after 28 years of service.

Rex was a phenomenal bowler, bowling on many leagues over the years at Riverside Lanes. He was Secretary of Monday night league and was a long time Eagle Member he helped gather bowlers for tournaments. With his relaxed demeanor, consistent approach, and smooth release he bowled 2 series over 800 and was inducted into the Bowling Hall of Fame, an achievement of which he was very proud of. Competing at national tournaments allowed him and Martha to go on adventures around the country taking in the sights and scenery.

Rex had a passion for the outdoors where he enjoyed hunting, fishing, hiking and camping with his family and friends. Either tenting it or traveling in his RV, relaxing around the campfire telling jokes and stories with Martha and good friends Mike T., Chuck, Dave, Rick, Bob and Mike H., was how he loved to unwind. He loved hiking into the alpine lakes of the Cascades for fishing, his favorite destination was Boulder Lake. His last trip he took was to Alaska in 2013 traveling by RV with Martha and good friends.

Rex had a kind soul, relaxed demeanor and infectious laugh that made those in his presence at ease. As a husband, father, grandfather, and friend, he will be greatly missed by his family and friends.

Arrangements are under the care of Hawthorne Funeral Home, Mount Vernon, WA.