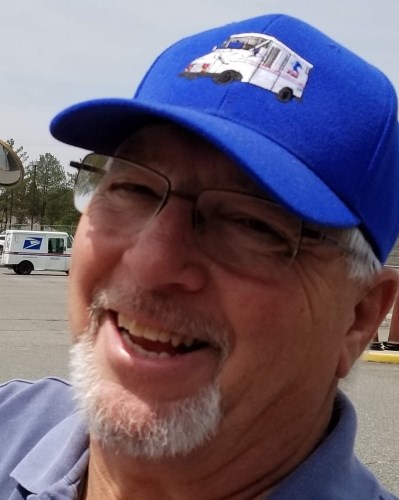 The youngest of 10 children, Bob was born to Russell and Clarebell Williams on April 25, 1952, in Spokane, WA. Bob spent his formative years in the Spokane area and later graduated from Mt. Vernon High School. He married the love of his life Laura, in 1978, and they moved back to eastern Washington to start a family in the Tri-Cities. Bob and Laura spent 43 wonderful years together and proudly raised their three children - Courtney, Andrea, and Evan.

Bob had many passions; one was his job at the United States Postal Service. Over his 24-year career he delivered mail, was the National Association of Letter Carriers Union President, and most recently the District's Driver Safety Instructor "1, 2, 3 take the key". Bob's other passions almost always included taking care of people, especially his family. He often volunteered to lead work BBQ's, bringing folks together; as well as playing Santa Clause at the annual Christmas party, bringing smiles to kid's faces. His greatest passion, however, was his children. He never missed a game as they grew up and for 40 years read "Twas the Night Before Christmas" on Christmas Eve, without fail, no matter where they were. Bob was an avid Seahawks fan, loved kayaking on the Columbia River, and meeting new people. He was a mentor to many, a friend to all, and had a true zest for life.

He is preceded in death by his parents-Russell and Clarebell, brother-Harold, sisters-Hazel, Mary, Violet, and Val; In-laws Dick Eden, Homer Jenks, and Bob Olson; and his father-in-law Donald Rothrock and brother-in-law Roy Rothrock.

He is survived by his wife-Laura, children-Courtney, Andrea, and Evan (Dennette), grandchildren-Ellie, Daniel, Noah, brothers-Monty (Jan), Larry, Les (Susie) and Cal, in-laws Phyllis Williams, Larry Hall, and Kitty Kellogg. He is also survived by Myra Rothrock "favorite mother-in-law" and his brother-in-law Steve (Brenda) Rothrock, as well as the many nieces, nephews, and friends he has influenced along the way.

Services and a celebration of life will be held in August. For updates, please check back at the following website: https://www.dignitymemorial.com/obituaries/10262871 .
Published by Skagit Valley Herald from Jul. 18 to Jul. 19, 2021.
To plant trees in memory, please visit the Sympathy Store.
MEMORIAL EVENTS
To offer your sympathy during this difficult time, you can now have memorial trees planted in a National Forest in memory of your loved one.
Funeral services provided by:
Butterworth Funeral Home
MAKE A DONATION
MEMORIES & CONDOLENCES
Sponsored by Butterworth Funeral Home.
3 Entries
We know we can't take your pain go away ,but we want you all to know we are here with a shoulder or an ear or anything else you need. Our hearts go out to each of you ,Laura ,Courtney ,Andrea, Evan, Dennette ,and your beautiful children .Saying goodbye to someone we love so deeply is heartbreaking .Roberts warmth, kindness ,and gentle spirit will be remembered forever. In life we loved you dearly, in death we love you still. In our hearts you hold a special place. We loved you everyday and now we will miss you everyday. RIP dearest friend and brother .
susie & les williams
Family
July 19, 2021
My condolences to Bob's family, friends and co-workers. I'm a retired Letter Carrier from Yakima, WA. Met Bob at many state events. It was a pleasure knowing him over the years.
Jerry Gilmore
Work
July 19, 2021
Bob was the kind of person that brought laughter and joy everywhere he went. He had an infectious smile and laugh that could be heard from a distance. He will be missed, but not forgotten Prayers to his family for your loss.
Dana Siegel
Work
July 19, 2021
Showing 1 - 3 of 3 results