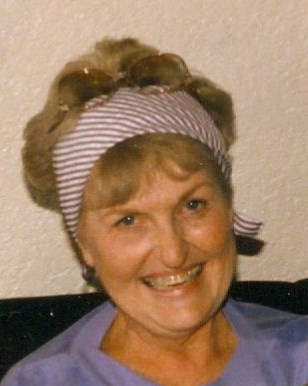 BORN
1920
DIED
2021
FUNERAL HOME
Kern Funeral Home
1122 South 3rd Street
Mount Vernon, WA
LaConner - Viola Jo Caldwell, resident of the Skagit Valley died in Burlington, WA on Tuesday, July 13, 2021 after reaching the age of 100 years. She was born and raised in Fort Worth, Texas where she later attended Secretarial Business College. Jo met her husband, Wallace, when he was briefly stationed at Fort Worth after serving as a fighter pilot in WWII. Shortly after, they married and moved to Whidbey Island where they started a family. Other homes included: Walla Walla, Pasco, Wenatchee, and finally La Conner Washington. She was employed in various secretarial positions over 23 years with the State of Washington and retired from the Department of Transportation in 1986. That same year, they moved to Shelter Bay where Wally later passed from Cancer in 1994. Jo lived in Shelter Bay until 2017 when she relocated to the La Conner Retirement Inn.

While living in Wenatchee they took many trips around the Western USA in their Cessna 182, and Jo took flying lessons so she could act as Wally's copilot. Jo was a past member of the Beta Sigma Phi Sorority and the Mount Vernon Episcopal Church. She liked playing Bridge with friends, eating ice cream with her grandchildren, boating with her sons, vacationing with family, and shopping with anyone who could keep up with her. She will be remembered most for her youthful outlook which she maintained throughout her life. She will be greatly missed.

Survivors are three sons: Michael Caldwell (spouse Ellen), David Caldwell (spouse Trina) and Scott Caldwell, as well as her grandchildren: Erik, Adam, Natasha, Allison, Carly, and Ben, and three great grandchildren: Addison, Blake, and Eudora. Jo was preceded in death by her husband, Wallace, two siblings Robert and Lois, and daughter-in-law Nancy Caldwell. Arrangements are under the care of Kern Funeral Home of Mount Vernon.
Published by Skagit Valley Herald from Jul. 25 to Jul. 26, 2021.
To plant trees in memory, please visit the Sympathy Store.
MEMORIAL EVENTS
To offer your sympathy during this difficult time, you can now have memorial trees planted in a National Forest in memory of your loved one.
Funeral services provided by:
Kern Funeral Home
MAKE A DONATION
MEMORIES & CONDOLENCES
Sponsored by Kern Funeral Home.
0 Entries
Be the first to post a memory or condolences.