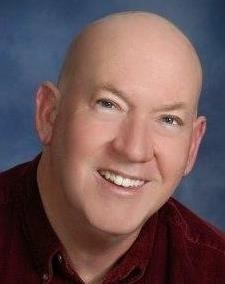 BORN
1951
DIED
2021
Peter Edward Schultz
February 19, 1951 - September 5, 2021
Ramona, CA
Peter Edward Schultz died on September 5, 2021 from a heart attack at age 70. He was born in Poughkeepsie, NY on February 19, 1951 to Stewart and Jean Schultz. Peter grew up in a small neighborhood in a country town, Salt Pt. There were many times he wandered in the woods near his house with his dog. Through scholarships he was able attend two colleges in Massachusetts: Worster Polytechnic Institute for two years then Amherst College for a year.During summers from College, he worked as a milkman, distributed sandwiches from a family business around town, and worked at his uncle's brother's skeet shoot with his cousins. Peter moved to California and married and had a daughter. He was faithful in his work: computer software sales and later programming, outdoor work, and real estate loans and investment. His love of building brought him so much joy, upgrading his first home with his current wife, Erin, in Escondido, then moving to Ramona and building a beautiful home on a hill and good size barn. He worked in construction with John Deere tractors and later with Bobcats: cleaning up county parks after damage from fire or water and also installed park signs for several parks in San Diego county. Peter's love of helping others brought him into teaching many people about guns and how to be safe. He was active in NRA and USCCA as a teacher, training over 1,000 students. Also, he taught Christian Living classes in a local church.Later, he began writing a variety of books for his company, Old Julian Press: self-defense, political commentary and relationships. Editorials were written weekly that covered many political and Christian themes: See Oldjulianpress.com. Peter is survived by his wife of 31 years, two children, five grandchildren, his mother, his brother's family and multiple cousins.He will be remembered for his faith in God, great sense of humor and desire to help others.Family and friends are invited to attend a celebration of life gathering on Sunday, October 10, at 3 PM at Calvary Chapel in Ramona. There will also be another celebration later in October with his New York Family. Please sign the guest book online at legacy.com/obituaries/ ramonasentinel
Published by Solana Beach Sun on Sep. 23, 2021.
To plant trees in memory, please visit the Sympathy Store.
MEMORIAL EVENTS
Oct
10
Celebration of Life
3:00p.m.
Calvary Chapel
Ramona, CA
MAKE A DONATION
MEMORIES & CONDOLENCES
1 Entry
i did not know Peter, I met him one time when I was in my early 20s, but my heart goes out to Erin, my former sister in law (when she was briefly married to my brother), she is a very kind lady & I am so sorry for her loss, obviously she and Peter were very devoted to one another (3+ decades of matrimony). RIP Peter ~
Bonnie Flach
Family
October 8, 2021
Showing 1 - 1 of 1 results