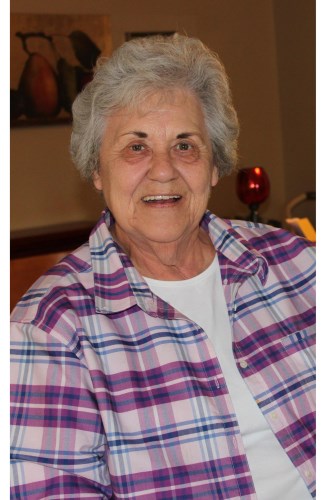 Barbara passed away peacefully with her children by her side. She was born December 11, 1938 in Avella, PA. She is the daughter of Frank Shaddock and Frances Shaddock-Doman.

After graduating from Avella High School in 1957 she moved to Adelphi, MD to live with her aunt. She worked at Jumbo Food Store in Adelphi as a cashier. In the early 70's she began working for the PG County Public Schools until moving with her husband and children to Mechanicsville in January, 1979. She worked at Pitts Donut Shop and later leased and operated Tasty Kwik (Bert's) with a friend until 1986. From there, she worked at Woodburns of Solomons and McKays in Great Mills and Charlotte Hall until retiring in 2018. She loved spending time with her family, every chance she got, and playing Bingo.

She is preceded in death by her parents and her sister, Veronica Hughes. She is survived by her son Scott Eskins (Tracy) and her daughter Michelle Eskins both of Mechanicsville, MD; her sisters, Irene Grady of Momence, IL, and Norma Jean Helmick of Washington, PA, four grandchildren and seven great- grandchildren.

In lieu of flowers donations can be made to Mechanicsville Volunteer Rescue Squad, Inc., 28120 Old Flora Corner Rd., Mechanicsville, Md, 20659.

Condolences to the family may be made at www.brinsfieldfuneral.com