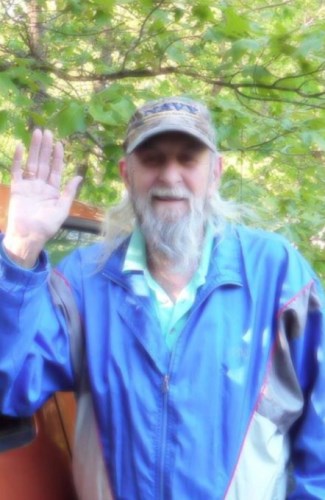 Suddenly on the morning of June 6, 2021, Dave unexpectedly passed away at the age of 74. Dave was born in Cincinnati, OH, to the late Everett Hamblin and Marion (Insko) Hamblin.

Dave enlisted in the United States Navy after graduating from High School and trained as a data systems technician. While stationed in California, Dave served aboard the USS Truxtun which included two tours in the Gulf of Tonkin during the Vietnam War. In 1970, Dave married Peggy (nee Brofft). Their son Jesse was born in 1971 followed by daughter Molly in 1972. Their daughter Jill was born overseas in 1980 while he was stationed at RAF Brawdy, Wales, UK. In 1981, Dave left active duty service and completed his 20 year Naval career as a reservist. Dave worked in St. Inigoes, MD for Bendix Field Engineering Corp. which later became Allied Signal. During this period of David's career, he earned a BS Degree from the University of Maryland. He then transferred to Goddard Space Flight Center where he worked for Honeywell until his retirement in 2013. Dave has been a devoted caretaker for daughter Jill. Dave was an avid reader and had an amazing memory. He would vividly describe trips that he took and other events in his life. Dave enjoyed camping, golf, tennis, volunteering, and fishing trips in Canada and locally in MD. He also enjoyed catching blue crabs with his grandchildren. Dave is survived by his wife, Peggy Hamblin, his mother-in-law Dottie Brofft, his son Jesse Hamblin, his daughter Molly Hamblin, Oregon and daughter Jill Hamblin of Maryland. He is also survived by grandchildren Carson, (17), Lily (11) and Remi (11).

Donations in David's memory may be made to the American Legion Post 238, Hughesville, MD. A celebration of Life service is planned in his honor at Cryer's Back Road Inn on June 26th from 1-3.
Published by The Enterprise on Jun. 15, 2021.
To plant trees in memory, please visit the Sympathy Store.
MEMORIAL EVENTS
To offer your sympathy during this difficult time, you can now have memorial trees planted in a National Forest in memory of your loved one.
Funeral services provided by:
Brinsfield Funeral Home, P.A. - Leonardtown
MAKE A DONATION
MEMORIES & CONDOLENCES
Sponsored by Brinsfield Funeral Home, P.A. - Leonardtown.
0 Entries
Be the first to post a memory or condolences.